There was a time when I got excited over a new Admiral Sir Cloudesley Shovell record...however, after my initial excitement over Keep It Greasy, the album failed to keep my attention and it dropped right off my radar. Their Nightmare 7 inch the following year didn't do anything to get me interested in the band again. 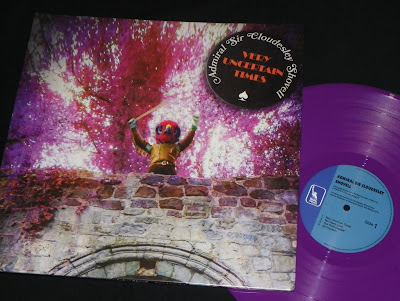 When I heard that the Shovell had a new album out this year, I shrugged my shoulders and moved on. I wasn't interested, and was keeping myself busy with some new hardcore bands. This was working fine for a while, and then I found a comment on Instagram where someone was comparing the new album, Very Uncertain Times, to the first Motorhead record.

If you aren't familiar, that self titled Motorhead album is a bit punkier and dirtier, and shows the band before they really fell into their signature sound...and I absolutely love it. So, with that in mind, I decided to finally check out the new Admiral Sir Cloudesley Shovell. 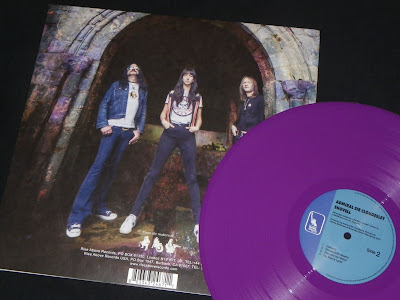 Goddamn. This record hooked me. I didn't expect to like it as much as I did. Those early Motorhead comparisons were spot on, and I found myself listening to these songs daily, easily making it one of my favorite rock records for the year. Such a great surprise.

By the time I wanted to buy a copy of Very Uncertain Times on vinyl, the clear die hard pressing was long sold out at Rise Above Records. I wasn't happy about missing on on the clear vinyl, but he purple vinyl used for the US pressing works well with the cover, so I can live with it.

Hi! On Rise Above store have the black diehard vinyl! Don't are the clear...but diehard are awesome. I don't buy this at the time...I'm just deciding what i want to take.

PS: your Rise Above collection rules! I need some of.