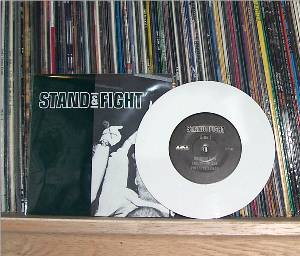 Ten Yard Fight broke up, and Wrench and LaCroix moved to California. LaCroix broke his edge, and Wrench fronted the straight edge band Stand & Fight. With Wrench on the mic, you couldn't help but compare them to TYF. Similar music and and the same message, of course I loved them. I saw them play three times. The first time was at the last Back To School Jam during their Edge Week tour. Their Demo hadn't arrived from Revelation Distro yet, so I only knew one song. I kept waiting for the Ten Yard Fight cover song that never came. Next time I saw them was in Boston with my brother. They played with Internal Affairs, Blacklisted, Drug Test...a bunch of up and coming bands that I had never heard before. Have Heart was handing out free demos to people, but I didn't get one. I brought a CD-R of a Ten Yard Fight show from the New Bedford fest and gave it to Wrench...it was awkward, but he seemed to appreciate it. The last time I saw them was in Portland. Another show that introduced me to a bunch of bands that I hadn't heard before, like Lights Out and Blue Monday...Desperate Measures played that show as well. Haven't heard any news about them for over a year, and I assume that they have broken up. I picked up the white pressing of the self-titled 7 inch (limited to 700) on eBay for $9.99. The only Stand & Fight record I need is the Impact Demo on red vinyl. Then this collection will be complete.
Posted by Mike at 8:23 PM No comments:

The Pack Is Back 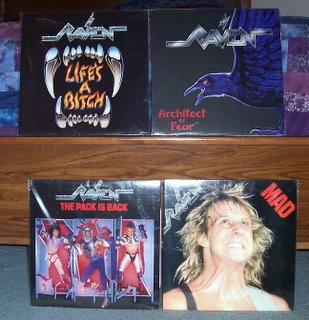 Pure impulse buy. I lost an auction for a Record Release pressing of a Champion 7 inch, and was feeling like I needed to buy something (anything) to console my loss. I was browsing through the Heavy Metal records on eBay and came across a seller that was unloading a bunch of Raven albums. I figured that if I could pick up a few of them for cheap, I'd be happy with that. I threw in a bid for a handful of them, when I checked back later, these were the four that I won....$20 total. The classic albums went for more than I was ready to spend, but I'm happy to add these to the collection. The Pack Is Back was the low point in Raven's career, pressure from the record label for a more commercial sound killed one of the great bands from the New Wave Of British Heavy Metal era. But even with with the commercial leanings, when the album was released in 1986, I still loved this record (cheesey horn sections and all). After the album flopped and drove away more of their fanbase, Raven tried to regain their original sound with the Mad EP. With that EP, and all the albums that followed, Raven have stayed true to their original formula.
Posted by Mike at 11:13 PM No comments:

Too Good To Pass Up 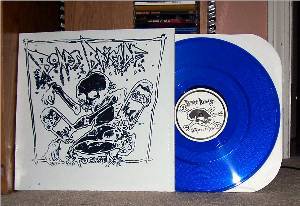 It took me a long time to finally listen to Bones Brigade. I remember Sweet Pete telling me at a Stand & Fight show in Boston that he thought they would be a band that I would like. I thought that he would be right, since they shared the same singer with Cut the Shit (another band that I really enjoyed). It took me a while to finally pick up their first album, but once I did, I really loved their style of hardcore thrash. After that first album, the singer left Bones Brigade to focus more on CTS. They got a new singer, and released their second album, Focused. New singers always make me nervous, and I kept passing on opportunities to pick up the new album. A few months ago, I was looking around at other peoples files on Soulseek and saw this album, so I downloaded it. I really liked it, and kept it in my MP3 player for a while. A couple weeks ago, I saw a post on the Bridge Nine messageboard from someone that had an extra copy and wanted to get rid of it for $10. I jumped at the chance and sent the guy $10 cash without even seeing what the record looked like. Sure, I had already spent my monthly dollar limit for records, and it was risky dropping ten dollars in an envelope to a kid I didn't know, but I took the chance. It arrived the other day. Clear blue vinyl...hand screened cover...numbered 4 out of 400 pressed. Sweet looking record, and after checking eBay, I see that they typically go for around $20, so I'd say it was a sweet price too.
Posted by Mike at 10:42 PM No comments: 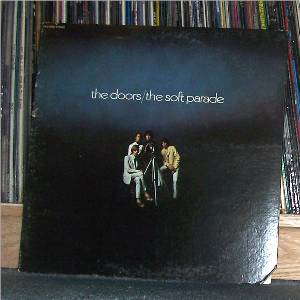 If you had told me years ago that someday I would own a record by The Doors, I would have laughed. I grew up on Heavy Metal and Punk Rock, no way would I listen to something as "mainstream" as The Doors. My oh my, the times have changed. Something happened over the past couple of years, and while I haven't lost any love for the squealing guitars of Metal, or the attitude of Punk, I have found an appreciation of straight-up Rock n Roll. A while ago, my friend, Rob, introduced me to The Doors In Concert CD, telling me that I needed to hear the guitar during the first song, "Who Do You Love". I was blown away by that song...such energy and passion. Months later, I was flipping through my Aunt's record collection, trying to see if there was anything worth having, and I came across The Soft Parade by The Doors. How could anything titled "The Soft Parade" have enough Rock to keep my interest? Weak album title...I put it back. A few months went by and I find myself hanging out with my friend, Jeff...flipping through his record collection...and we come across The Doors. Now Jeff has always impressed me with his knowledge of Rock, so I figure that I need to give The Soft Parade a decent shot. After pulling the album from my Aunt's collection and dusting it off, I give it a listen. I'm not blown away, but this is a solid album, and the fact that it has a place in my collection is impressive.
Posted by Mike at 8:19 PM No comments: 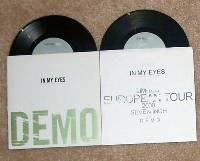 In My Eyes stand as my favorite Boston Straight Edge hardcore band. I can't count the number of times that I saw this band live. For numerous shows I would end up on stage and the singer, Sweet Pete, would hand the microphone over to me so that I could scream a verse or two. One of my fondest memories was from a show in Boston...it may have been the record release show for Nothing To Hide, but I can't be sure. I got up on stage during the song Lasting Values, and Pete handed the microphone to me. I was singing along and I looked out and saw this sea of people...all watching me on the stage. Since the chances of me ever really fronting a Straight Edge hardcore are pretty slim, it was always a charge to have Pete place me into that position. Years after the band had broken up, I got interested in collecting records, and since the band meant so much to me, In My Eyes was one of the first bands that I seriously set out to collect every pressing that they put out. This post is about the two copies of the demo 7 inch I received yesterday. Some kid on the Bridge Nine messageboard posted that he was looking to sell what he had of their demo, so I picked up the Euro Tour cover for $15 and the black vinyl pressing on Grapes of Wrath Records for $8. This may complete my collection for the Euro pressings of the demo.
Posted by Mike at 6:24 PM No comments:

Labels: In My Eyes 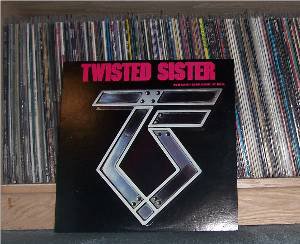 Twisted Sister. You Can't Stop Rock n Roll. This arrived in the mail yesterday. Got it through eBay for 99 cents. Couldn't pass this up. I started listening to Twisted Sister back in 1984, when Stay Hungry was released. Soon after, I picked up You Can't Stop Rock n Roll on cassette tape. The tape is long gone...I think I may have recorded something else over it at one point, before it probably went into the trash. I downloaded the songs some time ago, and was reminded how much fun this album is. Twisted Sister played a huge part in introducing me and my friends to Heavy Metal.
Posted by Mike at 10:08 PM No comments:

A Document of Nothing

What am I doing here? I'm not sure. Today I found out that a friend has a blog to document his time spent getting into stand up comedy. A great idea for him, and it got me thinking of creating one, but what would it be about? I could document events and thoughts from my life, but that would be a little too personal, and too creepy to have strangers read it. Right now my biggest interest is collecting vinyl, so I figured that I would simply document new records that I received. Lame? Possibly. Fun for me to occupy my time with my vinyl addiction? Definately.
Posted by Mike at 3:34 PM No comments: