It has been five goddamn years since the release of the debut Age Of Taurus LP. As the years ticked by, I was starting to become certain that it was going to be the only testament to this killer Doom band out of the UK.

That first Age Of Taurus album was so damn good, and it grew on me like crazy. The only reason that it didn't make my Top 10 for 2013 was because there was so much great Metal being released that year...so it was with high expectations that I jumped in to check out the new song that was released back in April.

I don't know if it was because I was listening to lots of newer Hardcore at the time, but the new Age Of Taurus just didn't really excite me. Still, when Rise Above posted the album for preorder, I went for the most expensive and most limited option. The gamble paid off, because this album has really grown on me with each listen. Definitely one of my favorites of the year thus far.

100 pressed on clear vinyl for the Die Hard edition. 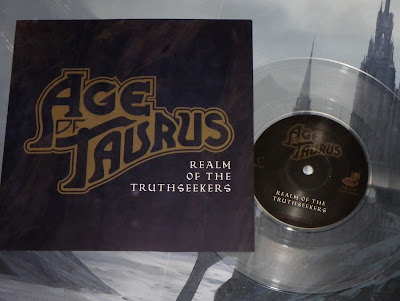 The Die Hard pressing comes with a bonus one sided 7 inch that contains an exclusive song.

Five years ago, Painkiller released the Get High demos to vinyl. That shit hooked me as soon as I'd heard the first song, and I listened to that record repeatedly that year. 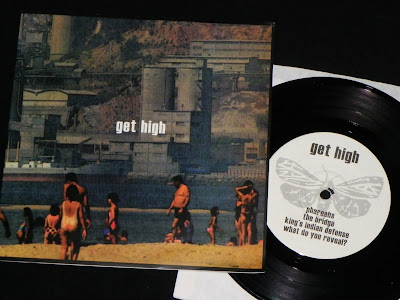 Shortly after that Painkiller release, I discovered that the band had also released a 7 inch back in 2000 that I'd never heard before. I repeatedly searched soulseek, in an attempt to find and listen to those songs. Soulseek very rarely lets me down, but in this case, it failed to deliver. It seemed that the only way I was going to be able to check out these songs was to just take the chance and buy the record. I hit up Discogs, only to find that there weren't any available, and one hadn't been sold through the marketplace in the last three years. Fuck. I threw it on my Discogs Want List, and had to wait.

About a year later, I finally got the notification that someone had a copy of the 7 inch for sale, and I jumped on it...notching the highest price the record had seen on the site...at a staggering $5. 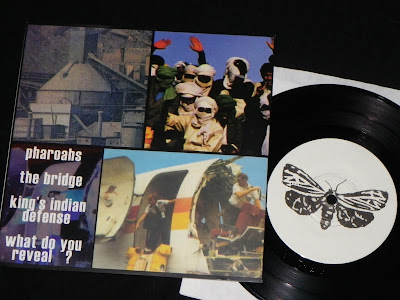 Even though I was damn excited to get my hands on this, I will say that it does not live up to the expectations set by that demo LP from Painkiller. These songs are still pretty cool, and have the full spirit of a Hardcore band not interested in sounding like anyone else, and just doing their own thing. Still good, even though it was released in 2000, the sound sits firmly in the mid-90's.

There has been some great new Hardcore released this year, and it was cool to see Boston's Vantage Point get in the game as well. 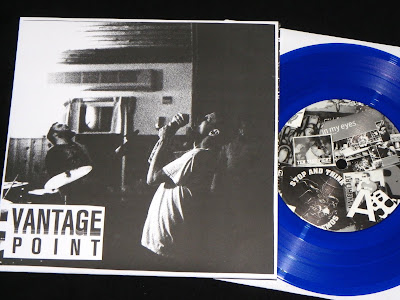 Over the past couple of years, Vantage Point have issued a demo and a promo cassette...and this 7 inch collects those five songs. Nothing new here from the band, but it is great to finally have these songs on vinyl. 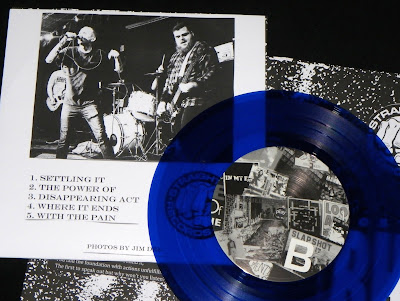 100 pressed on blue vinyl with the preorder cover. 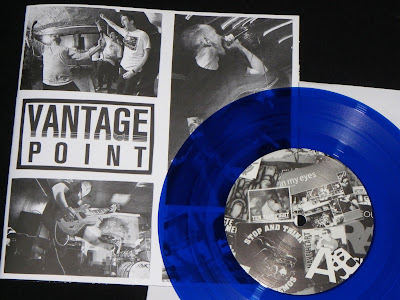 Musically, Vantage Point check all the right boxes for me. Youthful straight edge that is exactly what I'm looking for. The hype compares them to all kinds of classic bands, but I'm just going to say that they would have been a perfect fit with what REACT! was doing a few years ago. 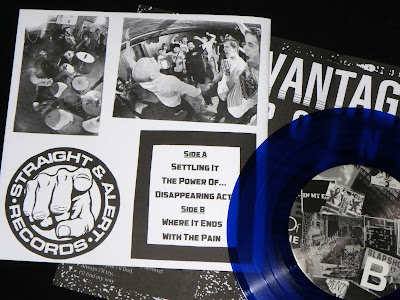 120 on blue vinyl with the regular cover.

A couple of years ago, I was first introduced to the UK Subs, and immediately fell in love with their first album, Another Kind Of Blues. The blue vinyl looked amazing, and soon I was interested in their colored vinyl singles. I grabbed the single for Tomorrows Girls, and threw a couple on to my Discogs want list. Two years later, I'm finally pulling the trigger. 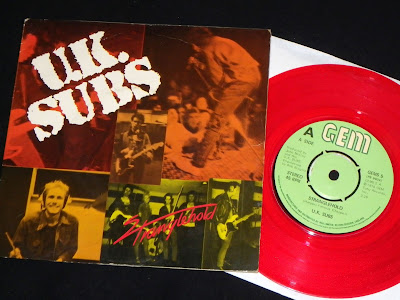 All of the songs on the Stranglehold single ended up on the band's first album, so there wasn't really anything new here, but I believe that these songs are from a different recording session. The song Stranglehold is such a great and catchy tune. 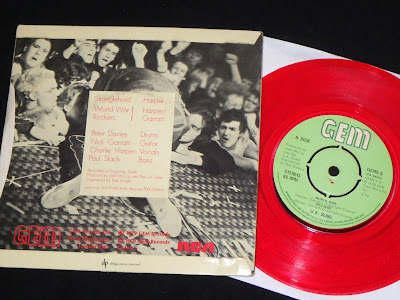 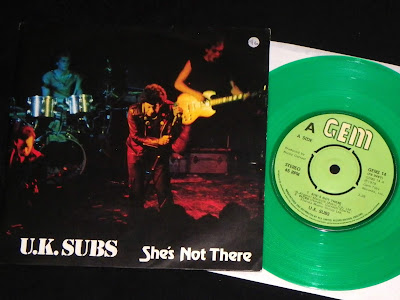 Another UK Subs single that I picked up was for She's Not There. A cover song from the The Zombies out of the 60's, the UK Subs inject it with a shot of punk attitude. The song Kicks is from the UK Subs second album, Brand New Age, but everything else here is exclusive to this 7 inch. Definitely worth grabbing. 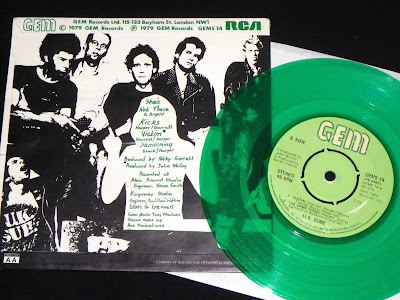 Green vinyl. These colors look so good that I've got an itch to chase some more of them. Maybe I'll get around to that in two more years.

I've got a lot of new 2018 releases waiting in the wings, and ready to blog about here, but before we get to all that, let's hit up a few older 7 inches that I've grabbed recently...and by "recently" I mean a couple months ago, because I've been slow as fuck in keeping this blog updated.

A few years ago, I picked up a few punk singles, and it ignited a spark to start chasing down some of those classics. I picked up a few of them over the following years, but it had been a while since I'd made any moves on my collection for The Exploited. I've been watching my Discogs want list for the Army Life 7 inch for a while now, and it got to the point where I just wanted to cross it off my list.

As those early punk bands have a reputation of not being able to play their instruments, these songs are catchy as fuck, and hook me every time I hear them. So good. 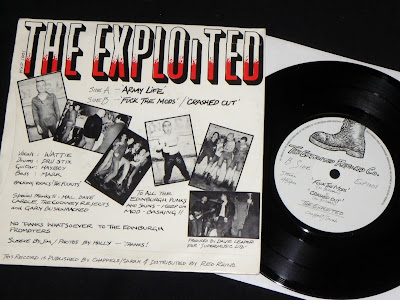 This single was another winner for me, as I'd never heard Fuck The Mods. I mean, it isn't that great of an Exploited song, but it was cool to finally discover it all these years later.

Back in 2015 I took a chance on a band called Aggression Pact. I'd never heard of them before, but since they were on Painkiller Records, I figured that I'd roll the dice. The gamble paid off, and that 7 inch became one of the best surprises that year. 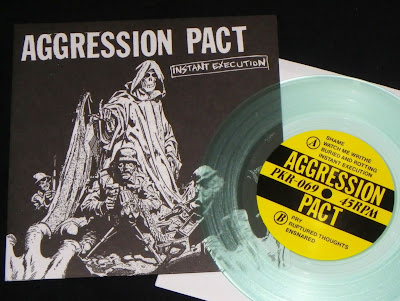 When I was in the Painkiller store picking up the Deadlock record, I noticed that they also had an Aggression Pact 7 inch that I wasn't familiar with. When was this released, and how did I not hear anything about it? Without hesitation, I grabbed a copy.

Apparently, back in early 2017, Aggression Pact released this second Hardcore attack, and it took me a year to notice. Shame that more people aren't losing their minds over this record. 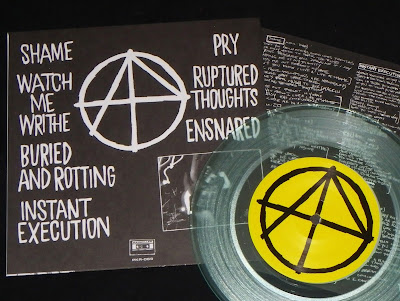 Life moves fast. Work is busy...the kids are stressing me out...I'm trying to find time to squeeze in a run to keep up my training and don't crash and burn during some of the big races that I have coming up...plus I want to set aside some time to chill with a book and listen to records. There is so much going on every day, it can be difficult to keep up. At some point during a hectic day, I was tipped off to the new Deadlock record that Painkiller was releasing. I can't even fucking remember who brought them to my attention, and I had no idea who Deadlock was, but with 30 seconds to spare I checked out the bandcamp page to give it a preview.

Once I realized that Tom from Violent Reaction was involved, and I heard that familiar ripping Hardcore sound, I was adding a copy to my cart. This shit is the real deal. 500 pressed on black vinyl, with half of them getting red covers, and the other half getting yellow.

Little Elephant is a studio that a couple of dudes set up in their living room. Bands come in, play a few songs live, and the Little Elephant guys record them, and release the videos to youtube and do a short run on vinyl using their lathe cut machine.

Checking out the Little Elephant had me a little underwhelmed, with really nothing catching my attention...until Iron Chic recorded a session there. 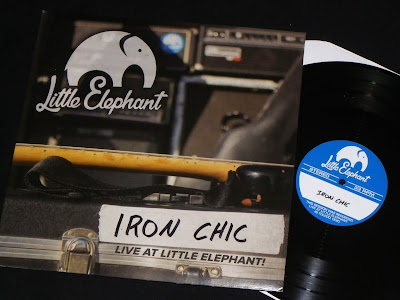 While I don't generally have much interest in Hardcore/Punk bands live records, the premise of Little Elephant seemed unique and cool enough...and since I'm a huge fan of Iron Chic, I figured that I'd jump in for this one. 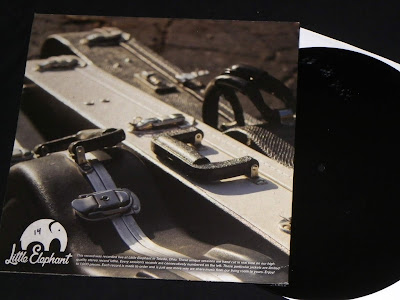 Each record is hand cut on their machine in real time, and the process seems to really be a labor of love. A total DIY project from guys that just enjoy what they are doing. 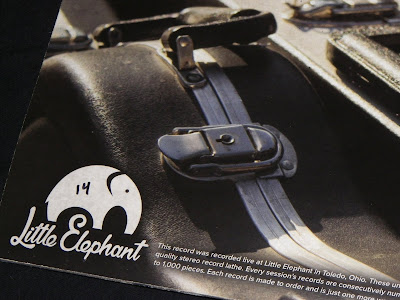 Each record is hand numbered, in sequential order, so it looks like I was the 14th person to order the Iron Chic record.

I'm starting to think that you have to belong to some kind of secret society to have access to preorders for Battle Ruins first pressings. Whenever this band releases a new record, I feel like I'm a few months late to the party, and the record label is already working on the second pressing. That's cool though, because I'm of the opinion that the colored vinyl second pressings look amazing, and I'd prefer them to the black vinyl first press.

The first LP for Battle Ruins knocked my socks off. I certainly wasn't expecting it, but that album became one of my favorites from 2014, so I was quite excited for their follow up this year. Glorious Dead does not disappoint. Anthemic and heavy...this album gets my head banding and fist pounding right out of the gates. Another winner. 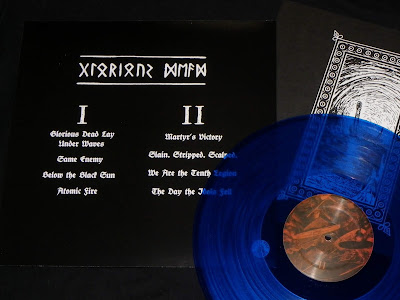 Limited to 500 on blue vinyl for the second pressing, and just a few months after it's release, it is already averaging a price tag over $50 on Discogs. So glad that I was able to grab one from the label before they were gone!

Clone Of The Universe

Earlier this year, I was pretty focused on Hardcore, and didn't really focus on much else. I was pretty excited with Fu Manchu a few years ago, but being stuck in a recent Hardcore obsession, I found it difficult to show much interest when it was announced that the band would have a new album out this year. I took a half-assed listen to the new song they posted from Clone Of The Universe, and I quickly moved on. Meh. It wasn't doing much for me.

Fast forward a few months, and grabbed a download of the album...just because I'd hoped things would click when I was finally in that mood. Sure enough, as I was catching up on the new shit from 2018, Fu Manchu hit the spot with those fuzzed out summertime vibes. 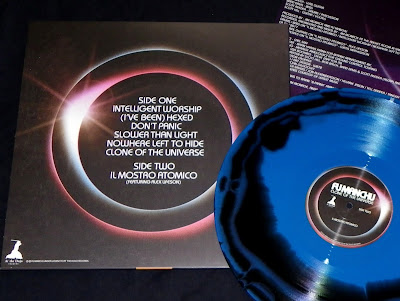 The first side on this record is amazing. Great songs, and exactly what I'm looking for from Fu Manchu...the second side though has me struggling a bit. The 18 minute song isn't bad, it just seems like a bit of a jam, and that's not really my thing and I lose some interest. Worth it for those six songs on the A side though.