Nothing Done To The First Step

A few months back, I picked up a special pressing of Nothing Done's Powertrip LP, which you can check out here. I was trying to find some pressing info about the record, but could not seem to locate the pressing info on the Not Just Words Records website. I was pretty sure that I had checked that site for pressing info before, but this time out I couldn't find anything. After searching for a few minutes, I clicked the Contact Us link and fired off an email to the man who used to run the label, Ronald. Minutes later I got a reply with pretty specific directions on how to find the pressing info on the website..."scroll down to the bottom of the page". Wow. Am I lazy or just blind? Ronald and I ended up exchanging a few emails, and he let me know that he had an additional copy of the Idiot Stomp EP mispressing, and he'd sell it if I was interested.Of course I took him up on the offer. Nothing Done were so good, and I'm always looking for opportunities to add to my collection for them. 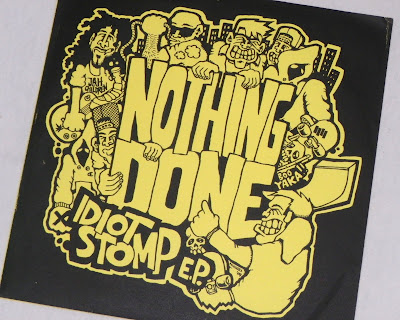 When Not Just Words received the original pressing of vinyl, they noticed that the first few seconds were missing from Side A. The label pulled 65 on black and 12 on colored vinyl for themselves, and the rest were rejected. 50 of the black vinyl were used for the record release show, while the remainder got a special cover for the record nerds to fight over. 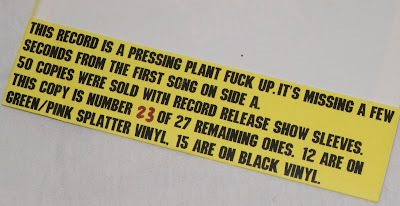 Thankfully the whole story about this pressing is printed on the backside of the record cover. 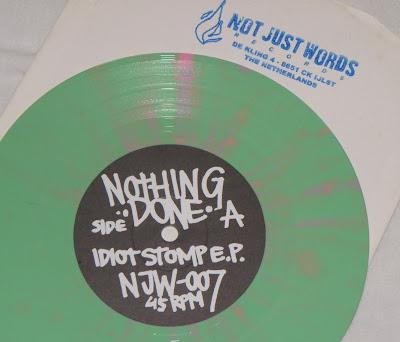 Of the 27 copies with this sleeve, 15 are on black vinyl, an 12 are on green with pink splatter. I'm glad that I got the more limited of the two, but when you are talking the difference between 12 and 15, you'd have to be a pretty big geek to care about such things. Welcome to my world. 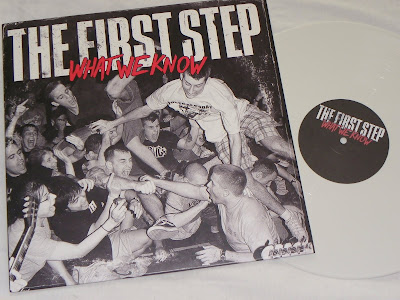 Right next to Have Heart's The Things We Carry, What We Know by The First Step may very well be one of the best albums released in the past ten years. Five years after their initial release date, both of those albums still sound fresh and vital. For some reason, I had never gotten around to picking up the second pressing of What We Know from Not Just Words. I asked Ronald if he had any spare copies laying around, and he managed to find one copy and agreed to sell it to me for a very fair price. 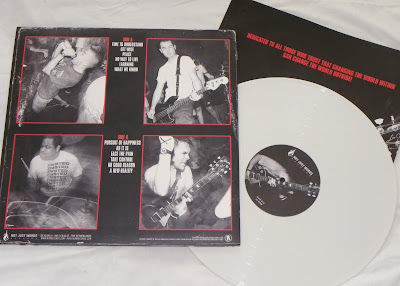 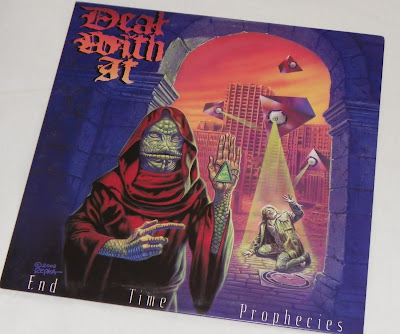 Shipping from The Netherlands to the States was crazy expensive, so I asked Ronald to ship the records to Marcus in the UK, and then he could ship them to me and save me some money. Marcus has used me as his personal Postal Bitch a few times, so it was time for me to return the favor. Since I'd never heard of a band named Deal With It, Marcus decided to properly introduce me to the band's first album, End Time Prophecies, and slip it in with the other records that he was forwarding to me. Deal With It play some serious metal influenced hardcore in the same vein as NY bands like Maximum Penalty, Leeway, and Cro-Mags...only DWI aren't at the same caliber as the bands that influenced them. Good stuff, but it isn't blowing me away...we'll see if it sinks in after a few more spins. 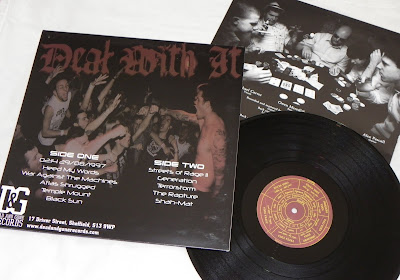 Thank you, Ronald and Marcus, for the records.
Posted by Mike at 7:46 PM 2 comments:

Labels: Nothing Done, The First Step

Motorhead celebrated their 35th anniversary in 2010, and to start off 2011, the band released their 20th studio album. That is a hell of a run! Has there ever been another band to maintain that level of output? Sure there are a couple of clunkers in their catalog, but for the number of albums they have released, Motorhead have maintained a high level of integrity and quality. 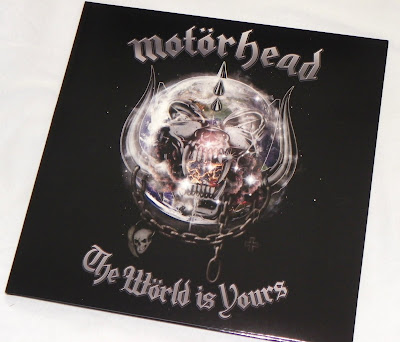 With This World Is Yours, Motorhead show no signs of slowing down. Now, I've really enjoyed the last two albums they have released, but this new one seems to be step above them. Some of these songs can stand up next to some of their classics from the 80's. Hell, the song Brotherhood of Man feels like a more upbeat, fresh take on the song Orgasmatron. 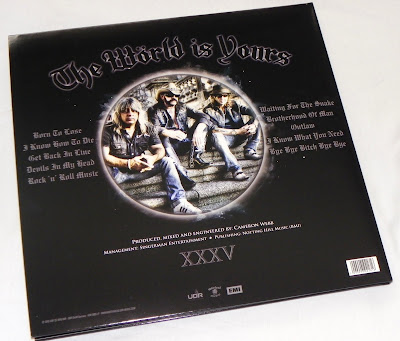 Such a solid album from a band that seems like they will go on forever. 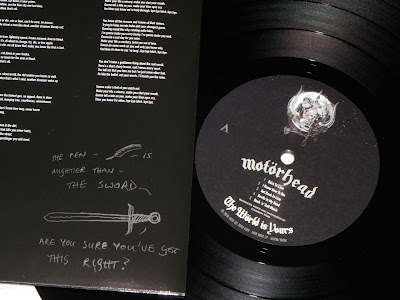 Triple B Records has a bunch of good stuff coming down the pike. New records from Stick Together, Thought Crusade, and Disengage are on the way, and as far as I'm concerned they can't get here soon enough. When the label posted that they recently got hit with some surprise fees from the pressing plant, and had to sell some BBB rarities to cover some costs, I was happy to check it out and see what they had available. When I saw they had a bunch of early pressings of the Fire & Ice stuff, I knew that I couldn't walk away. Sure, the pricing was a little too high for what they were asking, but I've been on a roll with the FNI vinyl so I went and pulled the trigger on a couple records anyway. 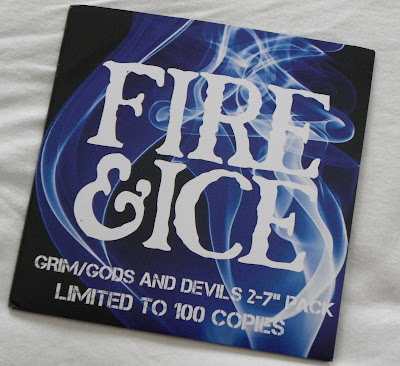 The first thing that I grabbed was the Sound & Fury two-pack, which has both the Gods & Devils and Grim records packaged in a special sleeve for the Sound & Fury fest in 2010. I had not seen this package prior to Triple B selling them for some extra cash, and goddamn, I'm impressed. 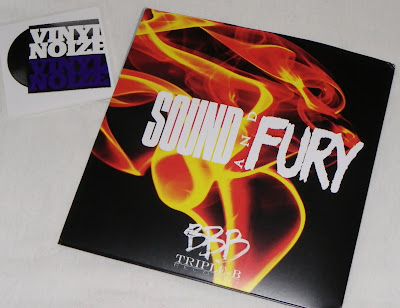 This thing looks amazing. The fire and ice motif is tight...from the ice blue front cover to the fire and Sound & Fury logo on the back cover. Triple B even threw in a Vinyl Noize sticker to help promote a great blog. 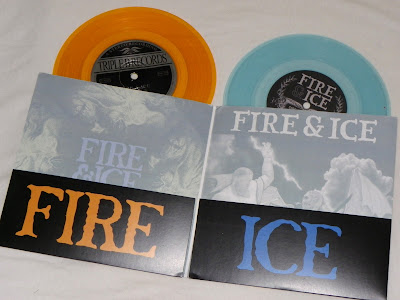 Wrapped in a nice heavy cardstock sleeve with the original 7 inch art work on the inside, even the colored vinyl ties into the fire and ice theme. 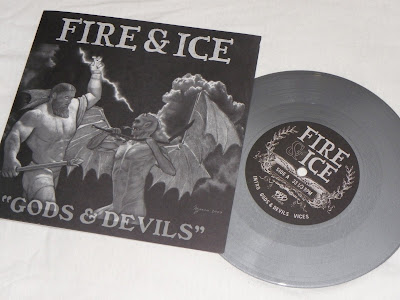 The other Fire & Ice record that I picked up from Triple B was the more limited pressing of the Gods & Devils 7 inch. Metallic silver out of 100.

I empathize. I probably can't even begin to comprehend the hard work and headaches it takes to keep a hardcore label going...let alone an independent label like REACT! that releases quality record after quality record. Aram has sold off large quantities of his personal record collection to keep the label moving forward. That is some serious commitment right there...something that you just can't fuck with.

Once again, the man had to resort to selling off some of his collection, along with some rare REACT! gems from the vault. While some items may be considered a "cash grab" *cough* REACT Showcase box set out of six *cough*, if people are willing to part with their cash for some manufactured rare items, who am I to throw stones? As long as it keeps REACT! afloat, you go for it Aram. 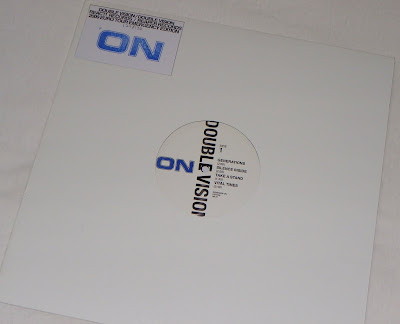 Myself, I kept things a little light this time around. While I did throw some bids on other records that I wanted, I only walked away with the Euro tour press for the ON Double Vision LP. Visually, it isn't too appealing with the plain white sleeve with a sticker in the upper corner... and it probably doesn't help that I photographed it with a white background. Still, when the covers for this LP weren't back from the printer in time for ON's European tour, they put this "Emergency Edition" together so the band would have something to sell while on the road. 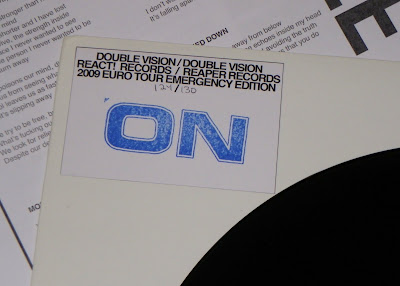 Back in February, there was some general confusion in regards to the Stick Together pre-orders. from Back To Back Records. Like most people that ordered all three colors with the pre-order, I received two copies of white vinyl, and one on black. The label had shipped most of the orders and then noticed an unopened box of orange vinyl. At the time, it was assumed that orange was the more limited color with only 100 pressed. When it was announced that the white vinyl was actually the limited color, and the pressing info was 100 on white, 300 on orange, and 600 on black...suddenly the label fuck up didn't seem so bad for those that received two copies of white. It did however leave me in the position of having to hit up ebay for that elusive orange vinyl. 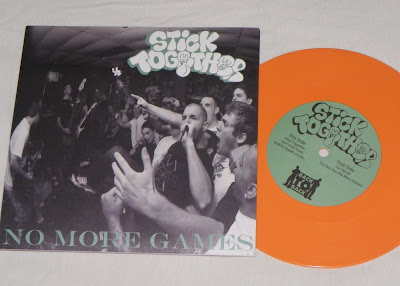 After watching a few auctions for the orange vinyl come and go, and I was able to gauge how much they were going for, I finally decided to pounce. Solid record. Just one of the bands keeping Straight Edge Hardcore fresh in 2011. 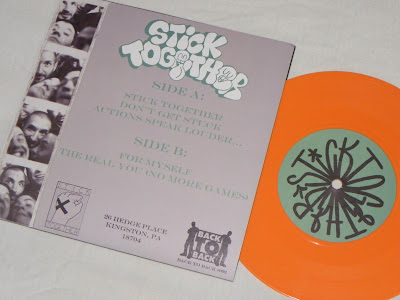 It feels good to finally have this collection complete. Next mission is to get the Disengage 7 inch from Back To Back on blue.
Posted by Mike at 5:22 PM 1 comment:

Labels: Back To Back, Stick Together

In 2010 True Colors played their last show. In 2011, Packo and Hinkey joined up with Stief from Justice and came roaring back playing a similar style with Not Afraid. 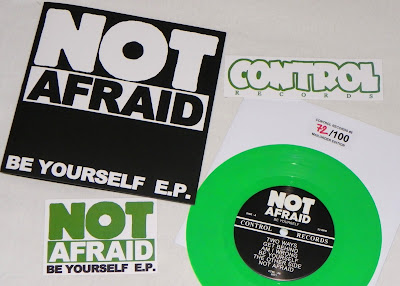 With Powered Records down for the count, it only makes sense that Not Afraid's debut 7 inch, Be Yourself, is released on Control Records. Not a whole lot going on with the packaging...black and white...very stripped down style...just the way I like my hardcore. 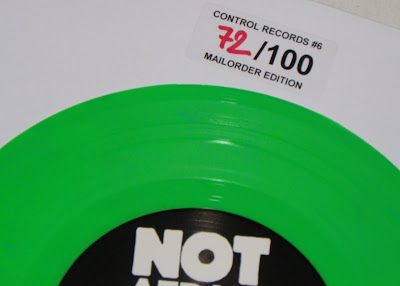 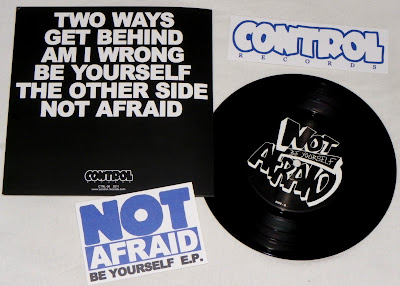 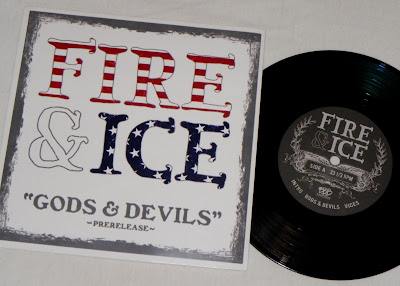 The latest copy to be added to my collection is labeled Prerelease on the front cover. I don't see this listed in the pressing info on the Triple B page, so I'm not sure if it is what is listed as the Fall 2009 tour press that is limited to 100. I'm stumped. I'll have to track down this piece of info. 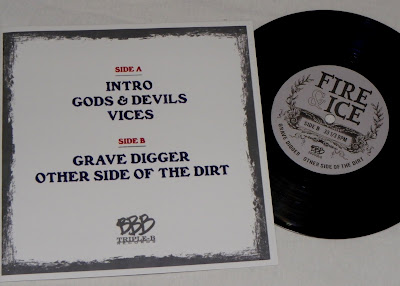 Either way this is a solid looking record. While I don't typically buy into the whole red white and blue, stars and stripes motif, this looks tight.

Why do you never bid on ebay with an even dollar amount? So when you try to snipe an auction that I'm bidding on at the last second, you don't find yourself short by two cents. Seriously, won this Iron Boots record by $0.02. It worked out for me this time, but damn, what a shitty way to lose out on a record. 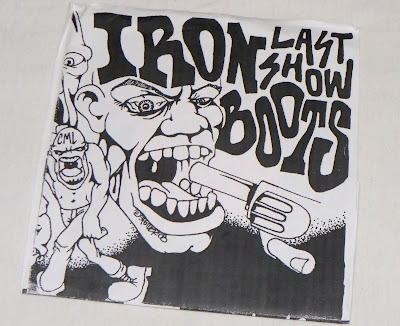 I intended to get this post up yesterday, but time was not on my side. It would have been perfect, since I just noticed that it was the three year anniversary of the band's last show.

Solid looking last show cover with artwork by Spoiler. I just wish that it was printed on a thicker paper, as opposed to some quick looking photocopy job. 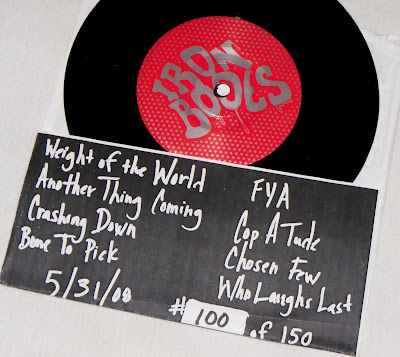