Disciples Of The Watch

When Sandwell was over from the UK last year on his annual trip to NYC, we agreed to meet in Boston for the afternoon. As he was leaving, getting back on the bus for his return trip to New York, he mentioned that he had extra copies of the first two Testament albums back at home in the UK, and if I needed them, he said that he'd bring them over to me on his next trip to the US. I absolutely love those two Testament records, and since I didn't own copies of them, I took him up on his offer. Still, we weren't sure when he would be back to the US, so I didn't put much stock in it...so it was quite the surprise when we got together again in Boston this year, and based on our conversation from a year ago, he brought those Testament records. 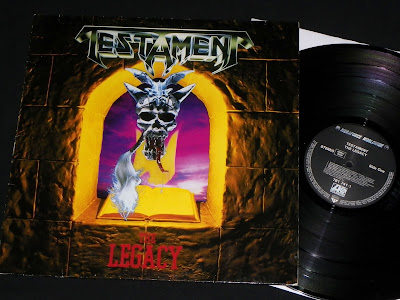 The first Testament is one of the best thrash albums. You take Metallica and Slayer out of the mix, and standing side by side with the first albums from Sacred Reich, Vio-lence, Overkill and Exodus, you'll find The Legacy on my list of favorite thrash records of all time. This album never gets old for me, and from start to finish it just slays. 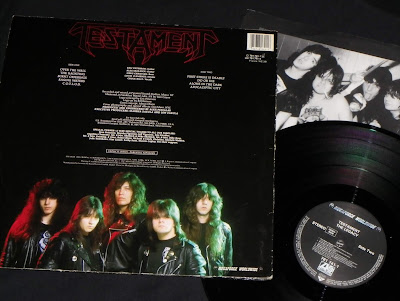 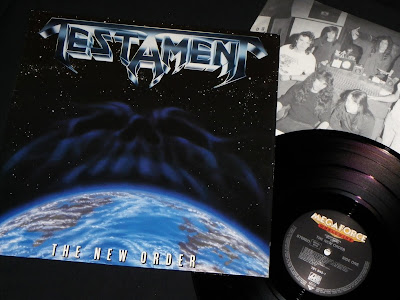 If The Legacy was one of the best debut thrash albums, The New Order would be one of the best sophomore records...and checking my listening stats, this one is easily the Testament album that I've listened to the most. This album is full of classic Testament songs, and I was lucky to catch Testament playing both this album and The Legacy in their entirety, back in 2015. Such an amazing show to see the band rip through all of these songs. 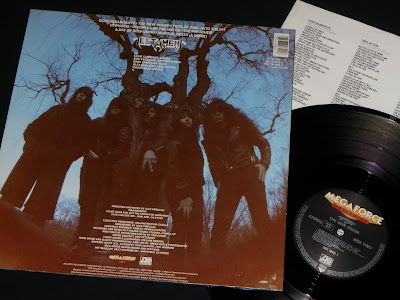 Interesting that the European pressing of The New Order does not include the cover of Aerosmith's Nobody's Fault. While I do enjoy that song, I'll admit that it does make the album stronger without it.

I'm very happy to have these two albums in the collection, so a big "thank you" to Mark for his generosity.