When I was exchanging record packages with Marcus while he was in Boston, I was surprised to find that he had included a little gift in with the AC/DC record that I'd ordered. 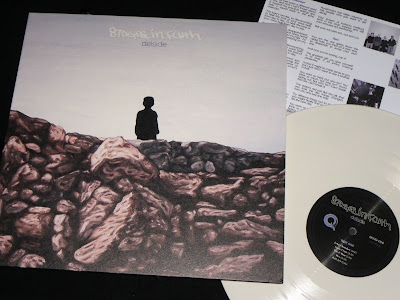 A couple of months back, Marcus posted on his blog about some new record from a band that I'd never heard of at the time, Stages In Faith. I was obsessing over a bunch of new hardcore bands, and was following up on any suggestion, and quickly looked for the band on Spotify. Marcus had mentioned in his post that his initial impression of the record was that it sounded like it was recorded underwater, and when I started playing the songs I had to agree with him...they sounded terribly muffled and after a few songs, I walked away from it. Marcus had mentioned that after a few listens, he no longer heard that muffled sound, and soon the record had become his daily addiction. Trusting his judgement, I stuck with it, and I'll be damned....after a few spins, I wasn't hearing that suffocated sound anymore and the songs were really growing on me.

I started looking into options to purchase the record, but with finances tightening up as we approached the end of the year, I put off actually buying a copy. When Marcus handed me a copy while we were meeting in Boston, I was surprised and extremely thankful. 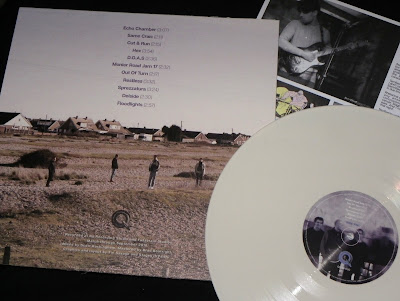 Marcus made comparisons to the first Farside 7 inch, but I'm also hearing some early Gameface and Slap Of Reality. Stages In Faith have a great early 90's melodic hardcore sound, and I have been listening to this record repeatedly this week. So good!