Haunt have been very productive since coming onto the metal scene. They released their debut EP, Luminous Eyes in 2017, and then followed it up with a new album, Burst Into Flame, in 2018...and when they released two more records in 2019, I was feeling overwhelmed with the number of Haunt releases, and I just ignored both of them. However, when I saw they released a couple of split 7 inches this year as well, I figured that I'd jump on at least of them. 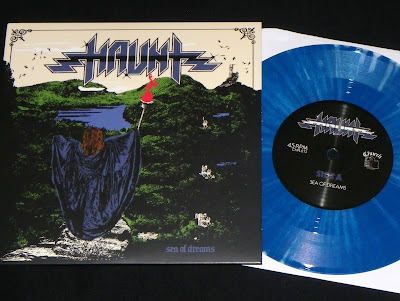 Haunt play a traditional metal style, and while I might have been burned out on the band, this song is so good that it makes me wonder if I made a mistake in ignoring their two records that they released this year. Damn it. Now I'm going to have to go check them out. 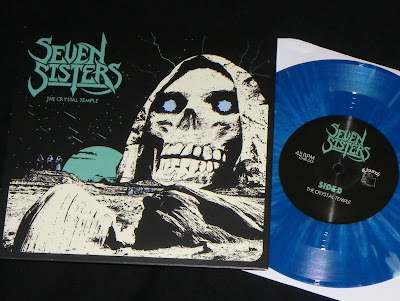 The main reason that I picked up this split 7 inch was to check out the Seven Sisters song. I didn't really spend much time with their album from 2018, and I never even grabbed it on vinyl, but I was still very interested to hear what they had to offer on this split with Haunt. This is such a fun split 7 inch, that I'm not regretting no picking up the split that Haunt did with Fortress as well.