Mos Generator have already released a live album this year that was pressed in very limited quantities, and I was very happy to get my hands on one. It was a very cool DIY release, and the packaging was very well done. When I heard that the band was going to be releasing another EP later in the year, and I saw the cool limited pressings that were being done for it, I knew that I had to be first in line to get my hands on one. 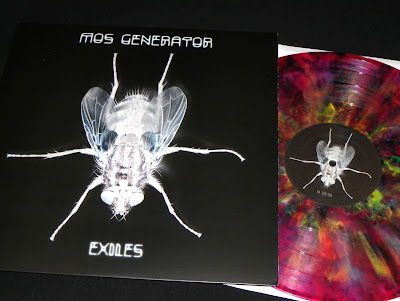 The 12 inch EP itself contains a couple of outtakes from their Shadowlands sessions from last year, plus a different version of Woman Song, and then a few cover songs on the b-side...but what really grabbed my attention was the "hand made one of kind Wax Mage pressing". I wasn't sure what this was, but I wanted one! The price was no joke for this limited pressing, but I still couldn't resist. When it arrived, I was immediately in love with how the vinyl looks. 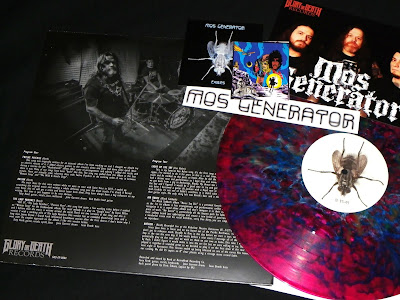 In addition to the great looking vinyl, these songs are great. Mos Generator do not disappoint and even those songs that didn't make the cut for the last album still sound amazing here...plus the band knows how to do cover songs right, and their versions of deep tracks like Sabbath's Air Dance and Van Halen's Light Up The Sky are solid gold. This entire record is a blast. 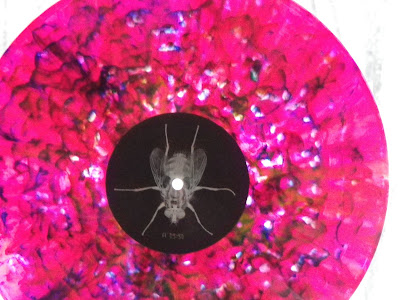 One more picture of that vinyl, but this time with some back light!

That vinyl does indeed look amazing!