I don't typically have much interest in the Black Friday Record Store Day, but somehow they still manage to catch my attention with one or two records to force me out the door to participate. The last two Record Store Day events have seen Dio picture disc singles to be released, and I rushed to grab each of those, so when I saw that we were getting another Dio single for Black Friday RSD 2019, I couldn't let it pass me by. 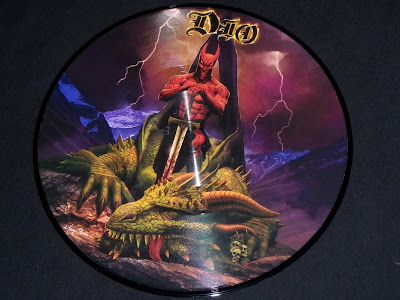 I'm not really interested in picture discs, but for Ronnie James Dio, it's all good. I love the new artwork for this latest 12 inch single. 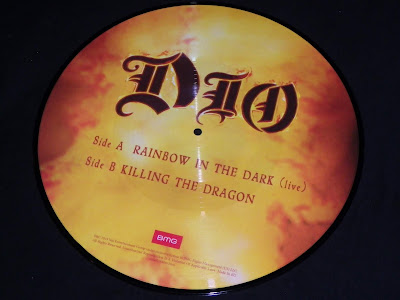 For side A, we get a live version of Rainbow in the Dark. I'm not sure if this version has ever surfaced before and they just pulled it randomly for this release, or if it is special for this record. On the B side, we get a studio version of Killing the Dragon...which judging from the front artwork, I would have thought this would have been the A side song. Weird. 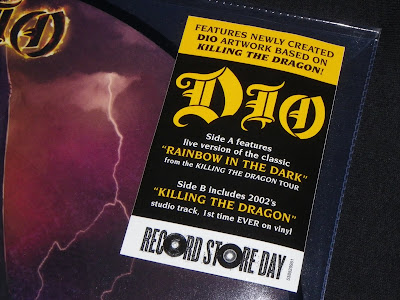 The hype sticker that promotes the Killing The Dragon song being released for the "first time ever on vinyl" is a straight up lie. Night Of The Vinyl Dead released the Killing The Dragon album in limited quantities back in 2009, plus there was a fucking Record Store Day picture disc release of the album in 2011. RSD, try to remember your own damn releases.