I first heard Captain Beyond back in 2007, and I'd wanted an original pressing of their 1972 record since then. Over the years I'll go through phases of listening to that album like crazy, and desperately trying to hunt down the vinyl...but it has always seems like such a big deal, that I'd get scared off the chase by worrying about if the record was in good enough condition or if the price was too high. I've always agonized over the decision of picking up the "right one", and I'd eventually just walk away and tell myself that I'll try again at some other point. Honestly, I think I lost too much sleep over this record, so I'm very happy to finally pull the trigger and add one to my collection. 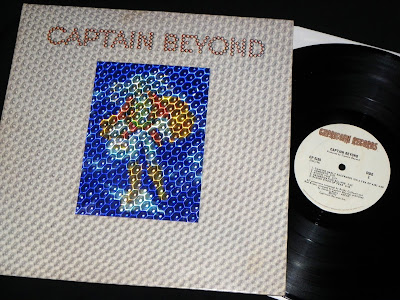 A big part of why this has been such a difficult decision has been that 3D lenticular cover. That thing looks so fucking good, and I didn't want to end up with a copy that was fucked up with ring wear. It might not photograph that well, but trust me when I say this cover is so well done. They truly knew how to package records in the early 70's. 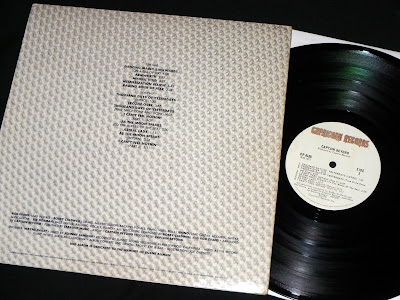 I recently was working my way through my 1972 playlist, and the first Captain Beyond album came up in the queue. It has been a while since I'd given it a listen, and even though I've heard these songs a lot since I discovered it 12 years ago, the songs still jumped out at me and I was surprised with how fucking great they still sounded. I couldn't get enough of those songs, and suddenly the hunt for the vinyl was back on. When I found a copy on Discogs that was described in "pristine" condition and had a price tag that was very reasonable, I didn't hesitate to finally bag myself a copy.