A couple of weeks back I made a trip to Boston to catch the Saturday matinee show of Triple B's America's Hardcore fest. Not counting the Have Heart reunion last summer, it had probably been about two and a half years since I made it out to a hardcore show. God damn. That's embarrassing.

In checking the line up for the three AHC shows, the matinee show was the most interesting for me. It was full of newer bands that I'd just started to get into, so I was looking forward to spending the afternoon seeing what they had to offer live on stage.

The show itself was pure fucking magic for me. Every single band that played were great, and it only magnified my love for the current state of hardcore. I didn't feel like I knew the songs that well for any of the bands, but this old man still got caught up in the excitement and was on the dance floor mixing it up with the kids. Even catching a fist to the mouth during the set for Method Of Doubt couldn't knock the smile off my face. I can't express how happy I was to be at this show. 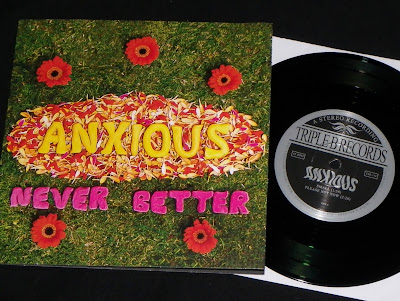 I originally caught Anxious back at the Have Heart reunion show last summer, and while I was initially enjoying them, after a couple of songs, I just wanted them to stop and I was no longer impressed. Since then, the band released a 7 inch on Triple B, but I didn't bother with it at all. Knowing that they were playing the AHC matinee show, I figured that I might as well check out their songs on Spotify the day before driving down to Boston. Whoa. I kind of liked what I was hearing, and it really reminded me of those melodic hardcore bands from the early 90's. Perhaps I'd initially judged them too harshly. I gave those songs a few spins prior to the show, and catching them live on a small stage at The Middle East sealed the deal...I needed this record. 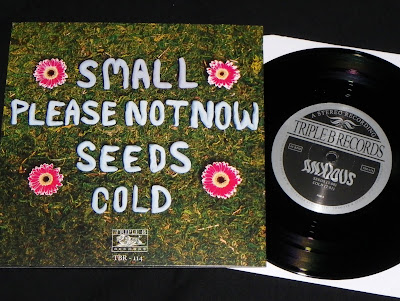 As I've mentioned, I was on a hardcore high for this Triple B show, and I really wanted to show some support to all the bands that played. No one had any special AHC pressings, but I figured that I would still pick up some 7 inch records from the merch tables. I was very happy to grab the Anxious 7 inch, but once I got home and took a look a record I was disappointed to discover that they were only selling the black vinyl option. Fuck. I was hoping for at least the orange colored vinyl pressing that is still available in the Triple B store. Selling the most common version of your record to people that came to your show feels like I got cheated. Oh well, I still love this record, and now I feel compelled to buy another pressing just to have a more limited option.