Each year I basically spend the month of December in panic mode as I race to get caught up with this blog. I've been posting like crazy for the past couple of months, trying to get all those 2019 releases up here before the end of the year. For a second I thought that I was going to make it, but then a few more records arrived, and then this week I discovered a few more that I really enjoyed, so I placed another order online. That new order probably isn't going to arrive until we are well into January, so fuck me, some of those 2019 releases aren't going to make the blog until 2020. I tried. 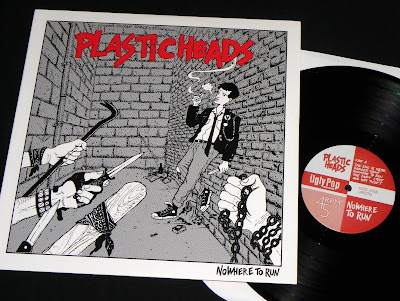 A month or so ago, I thought that I had my Top 10 list sewn up...but then people started posting lists of their favorites, which had me checking out more new records, and now I think I've got to make some adjustments. One of the records that has come out of nowhere and has really surprised me was an album from a band called PlasticHeads. 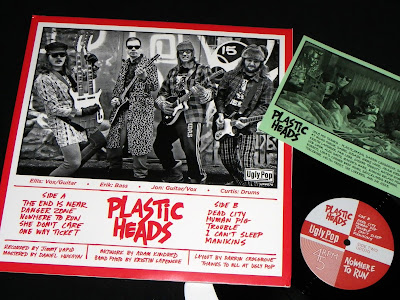 This album is a straight up throwback to early 80's punk, and my obsession over it makes me think of that Rough Kids album from a few years ago. That Rough Kids album shot to number one for me in 2016, and I expect that this PlasticHeads record will be near the top of the list this year. This sound just hooks me every time.

I was frantic to get my hands on a copy of this record before the end of the year, and since the record label is sold out of them, I was happy to find one on Discogs at a good price.