I've been busting my ass on posts this month, and I'm still going to come up short in getting all the new releases up on the blog before close out 2019. I've discovered a flood of new 2019 records during the last few months, and sticking to my "one post a day" rule, I just couldn't get caught up here. As of right now, I think that I'll have about seven posts in January for records that were released this year, and as dumb as it sounds, it bothers me. Oh well, just need to dial back that OCD. 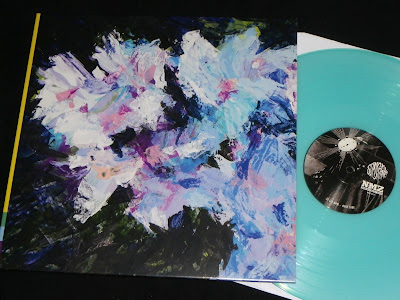 One of the records that seemed to come out of nowhere at the end of the year was the new 12 inch from Sunstroke. The band surprised me last year with the Second Floor/Seven 12 inch, and they keep me hooked with Bloom At Night. Comparisons will still be made to that Revolution Summer sound, and the Dag Nasty cover on the record helps cement that, but Sunstroke aren't immediately comparable to any one band. They just seem to do their own thing, and they do it very well. 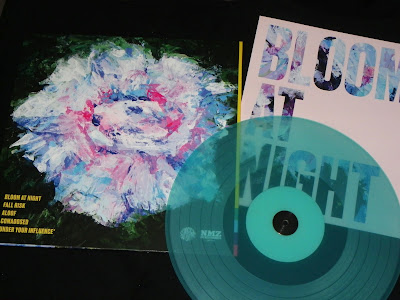 It's crazy how small the pressings are for Sunstroke records. The Second Floor/Seven 12 inch that I picked up last year was limited to 88, and there were only 80 pressed on transparent blue vinyl for Bloom At Night. Given the small pressing numbers, how is still available in the New Morality store? Is this band not blowing up like I would expect them to be?