An Answer You Won't Find

Vantage Point are a Straight Edge Hardcore band out of Boston, and given that piece of information, I'm immediately interested. They released their first 7 inch last year and while I had pretty much stopped buying multiple pressings at that point, I made and exception with that Vantage Point record and picked up a couple copies. That ended up being a solid hardcore record, so I'm glad that I made the move when I did...and right now, I kind of want some of the other limited pressings as well. 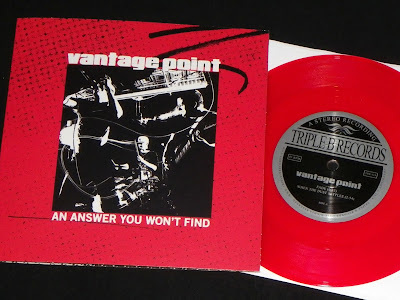 When Triple B announced preorders for the new Vantage Point 7 inch, it was an immediate purchase for me. There was only one colored vinyl option along with the black vinyl, so I just grabbed the one on red. 150 pressed.

This record delivers. Passionate hardcore that presses all the right buttons for me. 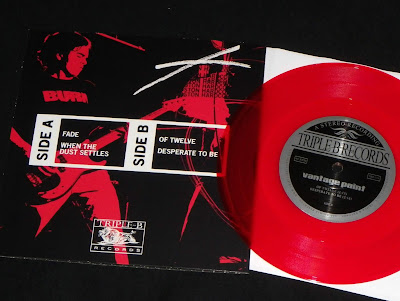 I had such a great time at the AHC 2019 matinee, I'm giving serious thought to making it back to Boston in January for the Vantage Point record release show. Hardocre lives.

2019 posts have been brought to you by Triple B Records. Mike Preston's label of choice.