Keep An Eye Out

There was a time when Take Offense were on the top of the hardcore world. After the release of Tables Will Turn in 2011 and Under The Same Shadow in 2012, I was obsessed with the band...but with the United States Of Mind album in 2013, I was pretty underwhelmed with the whole thing, and started to write the band off. It took five years for the band to follow up that album, and with the Tensions On High 7 inch from last year, I went in with low expectations and was surprised at how the band bounced back, and they released one of my favorite records in 2018. With a new album scheduled to be released this year, I was still apprehensive and I approached Keep An Eye Out with a bit of caution. 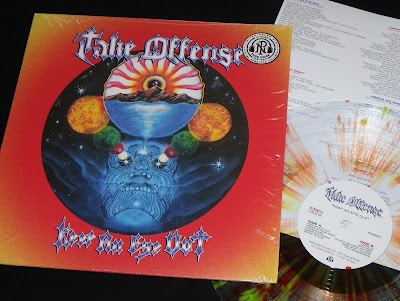 Take Offense have a sound that has always reminded me of Suicidal's Join The Army record, and while they have been around for over 10 years, they still have that same style...and that is a good thing. Keep An Eye Out doesn't break any new ground, and that is fine with me, as this is a solid hardcore record. Good to see the band still doing their thing and overcoming that slump that was United States Of Mind. 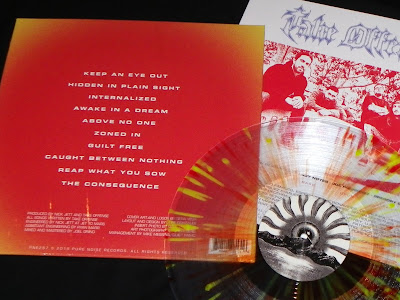 Clear with red and yellow splatter. Limited to 650.