Much to my dismay, I completely missed the boat when it came to the limited clear vinyl pressing of the new Red Hare album when it was released earlier this year. Having picked up both the red and the blue pressings of their last album, Nites Of Midnight, missing out on the clear vinyl for this new record was difficult for me to deal with. I immediately added it to my Discogs want list, prepared to pay top dollar, and I assumed that one would pop up soon. Weeks turned to months and I didn't have a single hit...and here we are almost six months later and I still haven't seen a single copy in the wild. 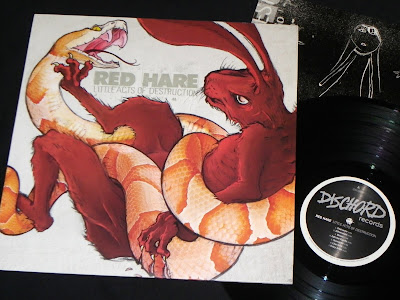 When Sandwell came over from the UK to visit NYC again, once again we arranged to meet up in Boston for a day of record shopping. The weather was terrible, with wind and driving rain, but we did not let that deter us as we hit up Newbury Comics and Armageddon Shop in Harvard Square. I made out with a pretty good record haul during Mark's trip last Spring, but this time around, surprisingly, I walked away with only a single record that I'd picked up at Newbury's. 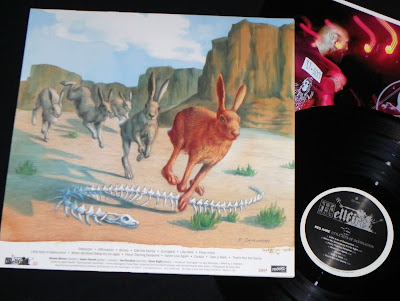 While I'd really been holding out for the clear vinyl pressing of Little Acts Of Destruction, seeing the regular press in the clearance bin for only $8.00 made it difficult to walk away...plus we were closing in on the end of the year, and I really wanted a copy in my collection before I started putting together my Best Of 2018 list.

While this album didn't have the immediate impact of their first record, I've really warmed up to this album, so it will be interesting to see where it lands at the end of the year. 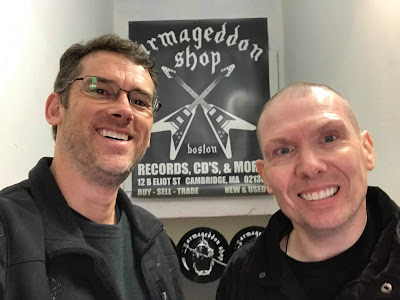 Just a couple of nerds in Boston!