When I started this blog around 13 years ago, my very first post was for Twisted Sister's You Can't Stop Rock 'N' Roll album. Since then, this blog has gone through a name change and layout changes...my photos are better, and I'd like to think that my writing has improved. I've covered those years when I was buying multiple copies of every new release, and each new obsession in my musical journey.

When I started this online record journal, no one was paying attention, but things slowly grew and there was a time when I was getting a solid number of hits on this thing daily. We apparently have come full circle, as maybe only a handful of people still pay attention to this blog, and here I am, blogging about Twisted Sister's You Can't Stop Rock 'N' Roll album. 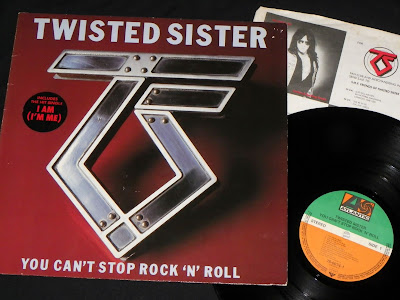 These days, I'm usually content with one pressing...especially when it comes to my heavy metal records...but when I saw the European pressing of You Can't Stop Rock 'N' Roll, with the cover that is different than the US pressing that I grew up with, well, I decided to make an exception to the rule. With my current early 80's metal obsession, the $10 price tag was too good to pass up. 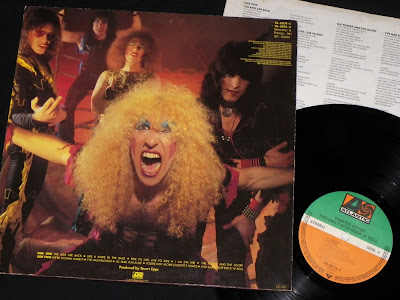 I love that the front and back cover are completely different between the Euro and US pressings. 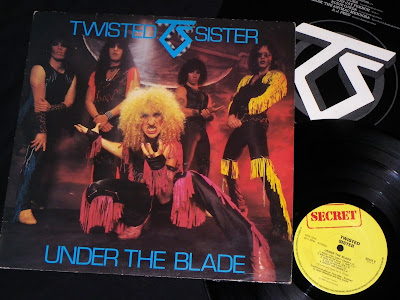 Initially, I had walked out of the store with only the You Can't Stop Rock 'N' Roll UK pressing, and I left the copy of Under The Blade sitting in the racks. This record was a few more dollars, and therefore I couldn't be bothered...but as the week went on, my mind kept going back to that UK pressing of Twisted Sister's first album. I made a couple of other trips into the city, and each time I'd pop into the store and still see the record sitting there, but I kept leaving the store empty handed. Weeks had gone by, and that record was still on my mind, and it finally got to the point where I said "fuck it", and I just went in and bought the damn thing. 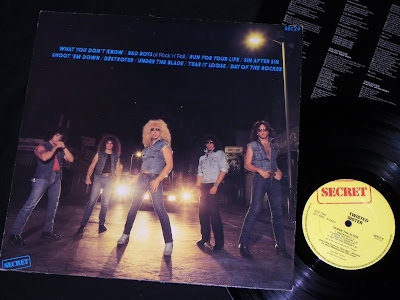 Originally only pressed on Secret Records in the UK, until Twisted Sister made it big and Atlantic finally gave it a US vinyl pressing in '85. It feels good to own a first pressing of this classic. 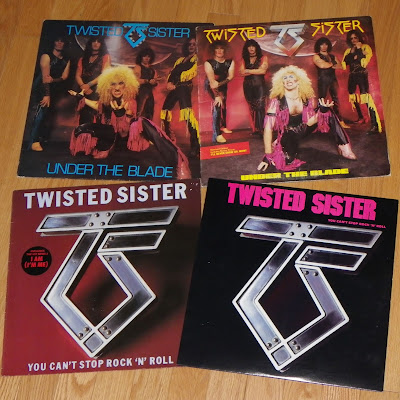 I decided to take one final photo to capture the differences with the UK and US pressings.

There are actually a whole lot of details like that to take into consideration. That could be a nice point to convey up. I offer the thoughts above as normal inspiration however clearly there are questions like the one you bring up the place a very powerful thing will likely be working in sincere good faith. I don?t know if greatest practices have emerged round issues like that, however I am sure that your job is clearly identified as a fair game. Both boys and girls feel the influence of just a moment’s pleasure, for the rest of their lives. real money casino

What the fuck are you even talking about?

This really answered my problem, thanks! free online casino slots