There is a group of musicians here in Portland that put on an annual show that pays tribute to The Beatles. Last year was the 15th anniversary of this annual event, and the first time that I checked it out. The band covered the entire Revolver album, with a number of other songs in their set, and they nailed it. I had such a blast that I immediately committed to catching them in 2018, and here we are just a few days from the show, and a friend and I were so excited, we bought tickets for two nights...Friday night they cover the Red Album, and then on Saturday we will see them do the Blue Album. It is going to be a blast.

As I'm gearing up for my Beatlemania, I figured that I'd pull one of their records from my stack of new albums that have piled up recently. 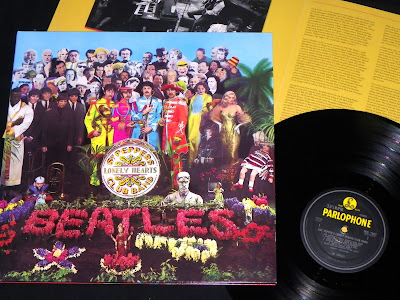 I have most of the Beatles albums, in one form or another, but for some reason, I had big hole in my collection where Sgt. Pepper's Lonely Hearts Club Band would be. Released in 1967, I loved all the other albums were released around it, but strangely enough, I had never bothered with this one. When the 50th anniversary edition was released at the end of 2017, I figured that maybe it was time to finally dig in...and this past summer, I took the opportunity to grab one. 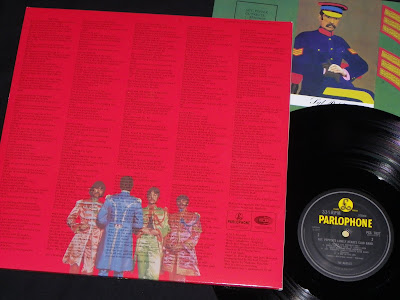 The packaging on this is great, and replicates the original pressing...complete with the page of punch-out badges and mustache. Well done, and the album sounds great!