The last few Clutch albums have been huge for me. Their music has been infectious as hell, and never failed to put a smile on my face or have me singing along and moving to the music. I've absolutely loved them, so it was obvious that I was going to grab their new album this year. 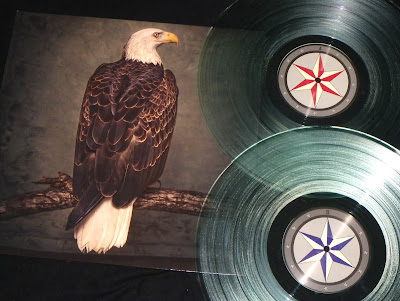 First of all, let me say that I had pre-ordered so many new records that by the time release day came around for the new Clutch album, I couldn't even remember if I'd ordered one or not. I mean, I was pretty sure that I did, but I couldn't remember where I would have ordered it from, and I was wondering if maybe I skipped the pre-order, and was going to just buy it from the local store. A couple days after the release date, they mystery was solved when the record arrived in the mail. 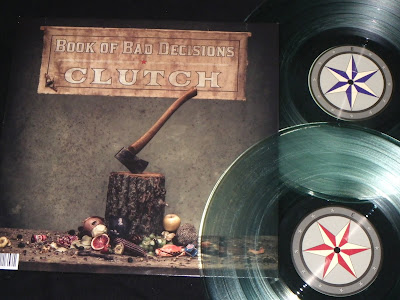 Apparently, some where along the way, I got word that Interpunk had the coke bottle colored vinyl pressing available, and it was listed as "very limited"...not just "limited", but VERY limited...so I grabbed myself a copy. This pressing appears to still be available at Interpunk, five months after I'd placed my order, so either I was one of the few that was interested, or they have a loose definition on the phrase "very limited".

Either way, this is a cool record. It doesn't give me the same level of excitement as Earth Rocker and Psychic Warfare, as this album feels a bit more laid back than those two, but I still really enjoy it...and the song How To Shake Hands is so damn good. 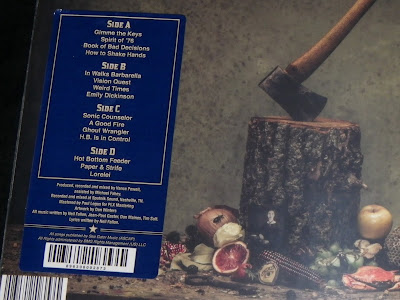 Strange packaging that the song listing isn't anywhere on the album cover, and is just listed on a sticker that was stuck to the shrink wrap, which I had to carefully remove and save.