A couple years back, I finally added an original copy of Verbal Assault's Trial album to my collection...so when Atomic Action reissued the album earlier this year, I found no reason to bother with picking up another one. The original pressing was all that I needed...although, once the label started selling test pressings, it was too much to resist, and I grabbed one. 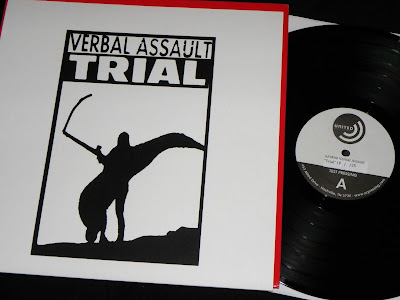 This is such a great album. I know there are a lot of great hardcore records, but Trial has got to be among the best of the best. 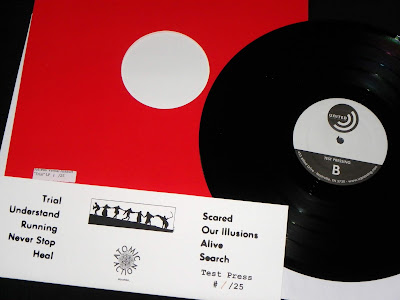 The test press comes with a special cover, which is basically a large piece of paper that is folded over a DJ sleeve cover for the record. This might not be as cool as owning a test of the original Giant Records pressing, but this one certainly looks better! 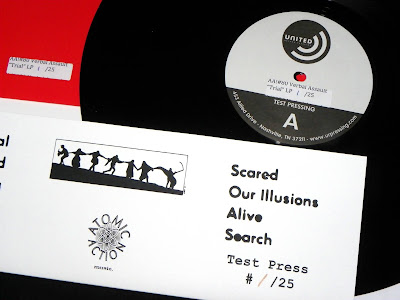 Hand numbered on the back of the cover, the record label, and on the red DJ sleeve. Pretty cool that I scored number one.