The Day That I Stood Trial

At the beginning of the year, I put together a list of my Top 10 Wants of 2016. Just something to try and keep me on track of chasing some bigger targets that I've wanted for a while. Well, I've done a shitty job of focusing on it. A month of so after creating the list, my musical tastes did a 180, and I lost some interest is chasing some Metal records. For 2016, the more important job was to fill some crucial holes in my Punk and Hardcore collection. 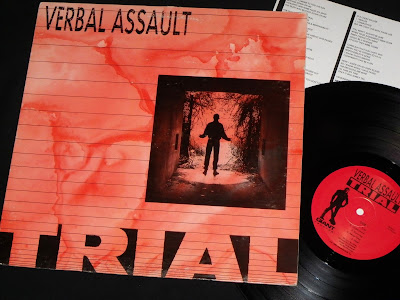 I first heard Verbal Assault when I ordered the Trial CD from the Toxic Shock/Westworld distro back around 1990 or so. I didn't really pay much attention to the Verbal Assault disc at the time because I also got a cassette of Youth Of Today's Can't Close My Eyes in the same order. Yeah, CDs and cassettes. I was making all kinds of great decisions back then. Either way, while Youth Of Today were immediate and in your face, Verbal Assault was more of a slow burn, and it took a number of years for me to fully appreciate just how great that Trial album is. 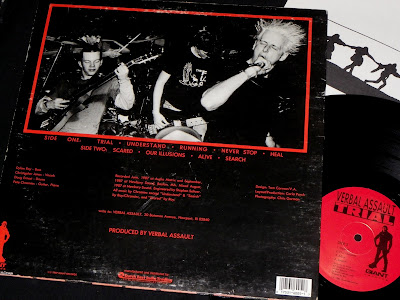 These days if you were putting up Break Down The Walls and Trial, I'd probably go Verbal Assault more often than not. This album is so damn good, and even though it is really no big quest to obtain one, it still feels good to finally add the vinyl to the collection.