Earlier this year, I found myself in a '77 Punk state of mind. I listened to albums from that year over and over and over again. I was never a big fan of that late 70's Punk sound, so when it started to dominate my playlists this year, I started to search for hidden treasures that I may have missed along the way. I started scouring internet lists, and found all kinds of records that hit my '70's punk spot. 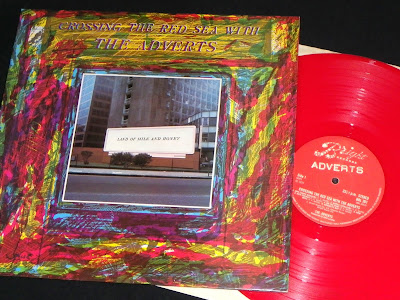 While I was searching through list after list, I kept seeing the album cover for The Adverts album from '78. I thought the record cover looks terrible, so I kept skipping over it, and didn't give it my time. As the weeks went on, I was starting to run out of new albums to check out, so with a sigh, I hit up youtube for a preview of Crossing The Red Sea With The Adverts. As we get through the initial guitar feedback, TV Smith shouts out "One chord wonders" and we dive head first into a driving riff...immediately I know that I've found something special. The entire album is so damn good, and it will easily be one of the most listened to albums for me this year. 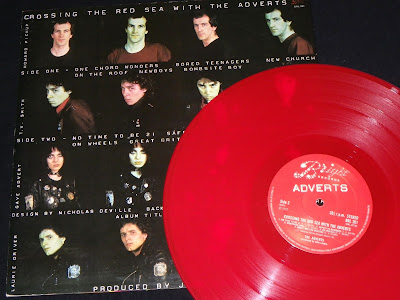 Just like with the UK Subs earlier this year, as soon as I discovered that there was a colored vinyl pressing of Crossing the Red Sea, I knew that I had to make a run at it. Granted, the first press on red vinyl was limited to 500 pieces, so it wasn't going to come cheap. Still, I had committed to it in my head, so I couldn't take the easy way out.