Testament Of The Snake

No doubt, this has been a big year for fans of old school Thrash bands. I think that I'd done a fairly good job in getting them ranked for my Best Of 2016 list, and then Testament goes and disrupts the entire thing, with another killer album. 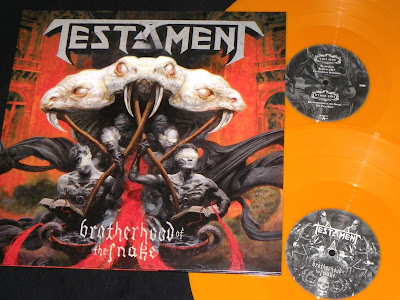 It was going to be tough for Testament to top 2012's Dark Roots Of Earth, but with Brotherhood Of The Snake, they make a good run at it. 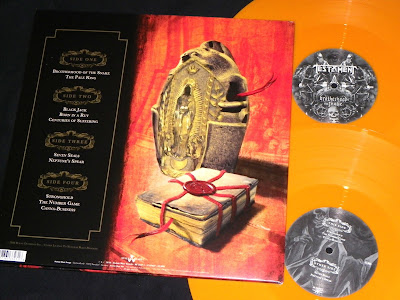 The album starts by tearing the roof off...total old school Thrash, and Testament sound as vital as ever. But then we hit the first stumbling block with the song Black Jack. Holy shit. The gambling lyrics are so cheesy that I can't hang with it. "The stakes are high, and so am I". Oh fuck, make it stop. Easily the worst Testament song ever, and it really lets the steam out of all the momentum that was built to that point. This could have been a serious contender for the top Thrash album, but this blight is going to take it down a notch. Why did this song have to happen? 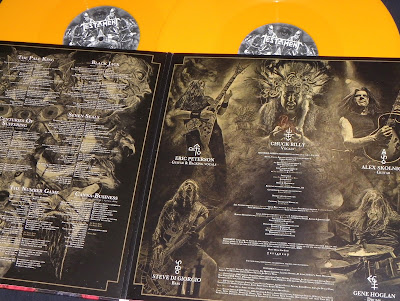 In typical Nuclear Blast fashion, they went over the top with vinyl pressings, releasing the new album on at least eight different colors. I figured that orange was good enough, and grabbed a copy from the webstore.

There is a Canadian exclusive color as well that I picked up.
Oh and Black Jack is the third to last song! Easily buried and forgotten!