Sparkmarker were one of those bands that seemed to get a bit of hype in the early 90's...I mean they even put out a record on Revelation's weird side label, Crisis Records...but these days I wonder if anyone remembers who they are.

A couple months ago, when I had a full on obsession over records from 1996, I couldn't get enough of that style of Hardcore, and found myself reaching back a few more years to dust off some Sparkmarker CD's that I had kicking around.

In 1994, Sparkmarker released a CD called Products & Accessories that compiled the songs from their 7 inches onto one convenient disc. At the time, it made more sense for me to buy the one CD instead of chasing four different 7 inches, so that was the way I went. Over 20 years later, I'm correcting the error of my ways, and for the most part, still paying 1994 prices. 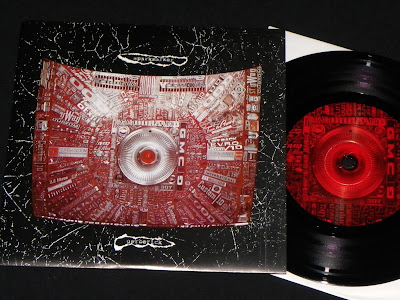 The Gerberick 7 inch is one in a series of records where Sparkmarker featured Canadian artists, with this one giving exposure to the strange work of Ken Gerberick. Grabbed this one for $2.00 through Discogs. 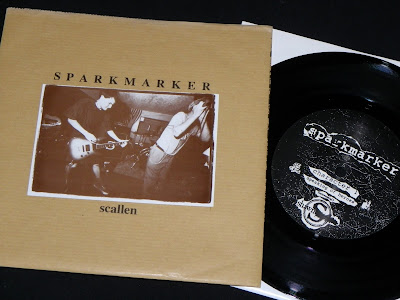 The next record in the Canadian artist series featured the photography of Shawn Scallen. In this series, the Scallen 7 inch is my favorite. I remember seeing Shawn Scallen's photos in fanzines from the time and on early Shotmaker records. Great pictures, and a nice clean layout. $3.00 though Discogs. 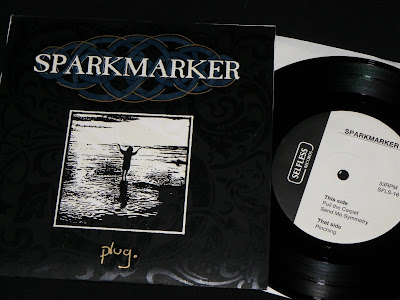 The Plug 7 inch was released in '92, and preceded the Canadian artist series. It was their second record, but it was where the band really started to come into their own sound. This was the last Sparkmarker 7 inch record that I needed, and so therefore I spent a bit more for it in an effort to complete the collection...breaking the bank at $6.00.

I remember reading about this band in HeartattaCk zine and then tracking these 7"s down one by one. Not easy in the mid 90s in the UK. Loved these three records, but i was (and still am) disappointed that none of them came on color vinyl.

Those days were too serious to mess around with colored vinyl!

I still only have the cd. One day I have to rectify that situation.