For Twisted Minds Only

Earlier this year, my listening habits got stuck in 1970. I couldn't get enough, and had those albums set on repeat for a few weeks. I did not want to leave that year, and started to actively search for other records that were released at that time, but that I'd never heard. One of the bands that I came across was Horse.

I checked out a few of their songs on youtube, but it didn't immediately grab me, so I moved on without giving them much thought. 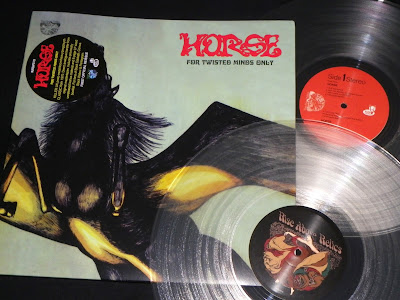 By a strange coincidence a few months later, when pre-orders for the new Admiral Sir Cloudesley Shovell record went up, I noticed that Rise Above also had available, a reissue of the self titled Horse record from 1970. Funny how things unfold like that.

With Rise Above's name behind this reissue, I decided that maybe I should revisit this record. Maybe I'm easily influenced, and I just swallow whatever the hype machine feeds me, but this time around the opening riff for The Sacrifice had me more than intrigued, and I quickly added it to my order along with the new Shovell record. 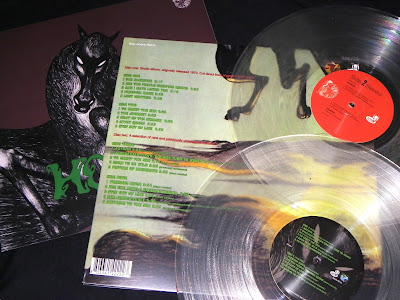 By the time the vinyl arrived, I was second guessing my purchase, and thought that maybe I'd spent my money a little foolishly...and I'd regretted spending so much money on a record that I doubted that I was going to really enjoy that much. After a couple of spins, I could lay that doubt to rest. This was some dark and heavy stuff...especially for 1970...and with killer riffs in songs like Freedom Rider, this record was a winner. A great addition to my 1970 playlist. 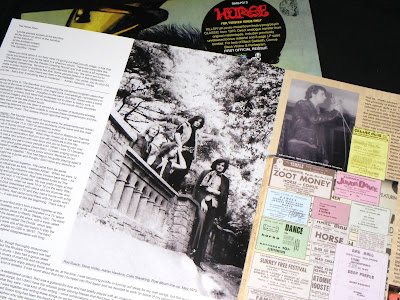 Packaged with a bunch of unreleased songs, and a great looking 12x12 booklet, detailing the history of the band, once again, Rise Above does an amazing job with this reissue. 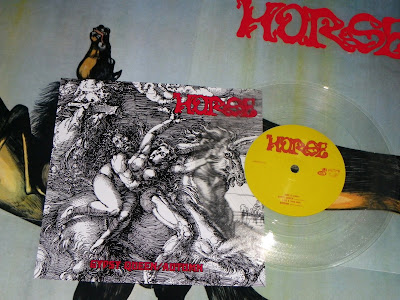 The Die Hard pressing is pressed on clear vinyl, and comes with a bonus 7 inch. Limited to 150.