Earlier this year, my friend Jeff turned me on to Seven Sisters. It is pretty rare for Jeff to turn me on to a Metal band that I'd never heard before...especially one this good. Man, what a great find. I quickly grabbed their debut 7 inch, and then paid to download the demo from bandcamp...no doubt, I was loving this band.

I didn't really expect to hear from Seven Sisters again. I figured they were too good to be true, and after dropping those six amazing NWOBHM influenced songs, I thought they might disappear forever. Thankfully, that was not the case, and they keep things rolling with a full length release. 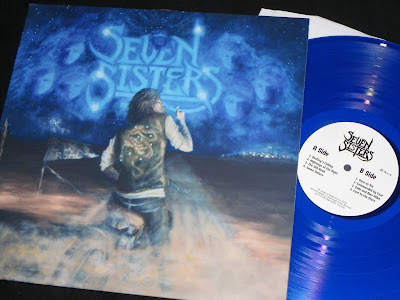 Let me list the reasons why Seven Sisters rule.

1. They absolutely nail that New Wave Of British Heavy Metal sound. Seven Sisters sound like they could share a bill with Angel Witch and Jaguar back in the early 80's.

3. They didn't recycle any songs from their past releases to fill out the album. It is always a disappointment when a band will pad their first album with songs that they had previously recorded. Eight new songs with this record and no filler. God damn right. 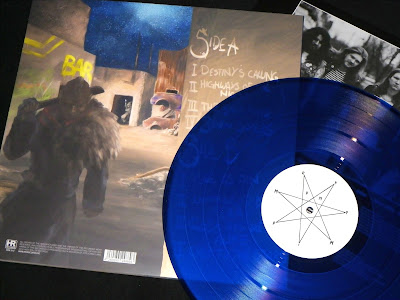 150 pressed on blue vinyl for the first pressing.