Honest, I was going to take a break from buying records for the start of 2016. I've got some serious bills piling up with the Christmas holiday, and some costly car repairs...and I needed to slow things down. When I had an email from a friend, telling me about Seven Sisters, I justified it as "it's only one 7 inch". 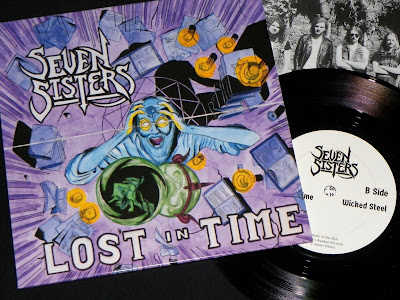 I honestly wasn't expecting much on the recommendation, but I figured I'd check them out just the same. Holy shit, what an awesome surprise! Seven Sisters are out of London, and are influenced by the New Wave Of British Heavy Metal that was happening in their country 35 years earlier. They carve their sounds from the influence of Angel Witch, Jaguar, and Satan...and had they been around in the early 80's, I'm sure they would have crashed and burned just like all the legendary from that time period. 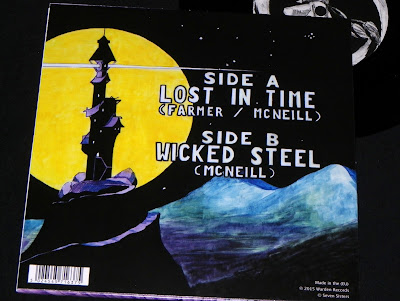 This band impressed me so much that I paid for, and downloaded, the digital files from their 2014 demo, The Warden. As someone that absolutely despises paying for digital music files, it says something about how impressed I was by this band.

Can't say I've heard of them, but I did check them out using your link. Good stuff, I quite enjoyed it.

After reading your review I checked them out. Before the 2nd song was over my payment went through Paypal for the 7"...amazing stuff!! And I have to mention this is totally out of my usuall scope of music I listen to.