Buying that G.B.H. EP recently, served as a reminder that I'd fallen off from buying old 7 inches from The Exploited. One purchase lead to another, and as soon as I'd purchased a record for one classic UK punk band, I was on the hunt for the other. 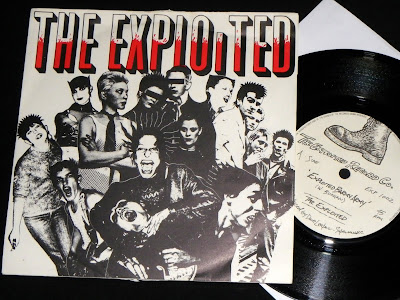 I probably spent more money than need to pick up the Exploited Barmy Army 7 inch, but truth be told, I've been chasing it off and on for a while now, and I finally got sick of the game, and I just pulled the trigger....plus it was a US seller, so I could justify the higher price as offsetting the savings on overseas shipping. 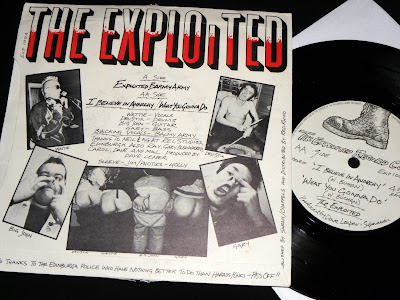 Before The Exploited signed on with Secret Records, they released their first two singles on their own independent Exploited Record Company. Never mind those Secret reissues, first press was the way to go for me. Cool little record that is still a blast to sing along with. Anarchy!