Band reunions aren't a surprise anymore. Seems like all the old school bands are getting together to either play at some big festival or to try and ignite the spark again with some new songs. Sometimes it works out, and other times it falls flat. 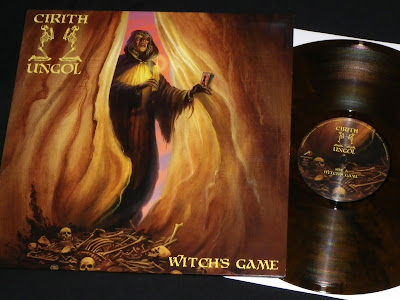 Cirith Ungol were a metal band out of California in the 80's, and they had their own distinct kind of sound that people seem to either love or hate. I wasn't too familiar with them back in the day, but over the past couple of years, I've really come to appreciate them. So when I heard that the band was back after a 27 year absence, and planning to release a one song 12 inch this year, I was definitely in to check it out. 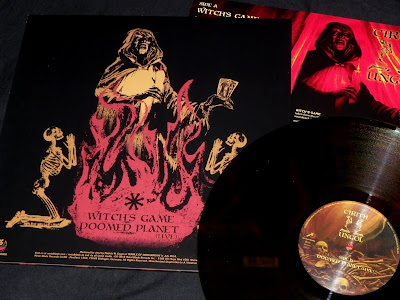 As soon as I checked out the band's new song, Witch's Game, I was immediately hooked. Holy shit. I honestly have no idea where the band is going with this. I don't know if this is a prelude of what is to come, or if it was a burst of brilliance and they were done. Whatever the case may be, this song absolutely rules. If this was a full album, and it captured this level of doom perfection for the entire thing, this would be near my top records for 2018. 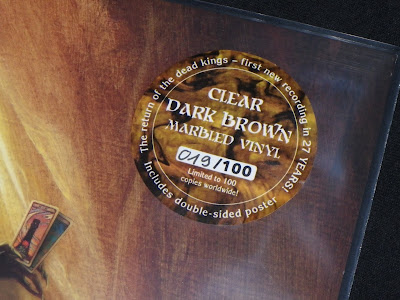 100 pressed on this nice looking clear dark brown marbled vinyl, and only available from the band.