Trevor William Church is a busy man. Not only is he the driving force for Beastmaker, but he also has Haunt going as well. The Haunt EP from earlier this year was pretty solid, so when they released their first album a few months later, I was on board to check it out. 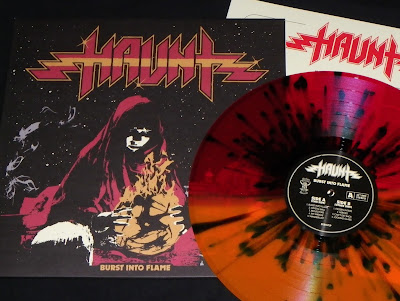 This is some solid heavy metal. It doesn't exactly blow me away, but it is worth a spin. 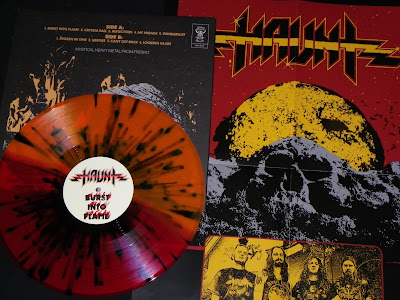 Shadow Kingdom Records pressed this album on a few different colors, with the black and the silver pressings being more limited, but man, that orange/red split with black splatter looked so damn good that I had to grab one. 1,500 pressed but who cares when it looks this good. Nice addition of a giant poster as well!