There may have still been snow on the ground when I first started hearing about Haunt earlier this year. I had no clue about this band, but I made some assumptions based on the posts I was seeing on Instagram, and thinking they were Death Metal, I ignored them. 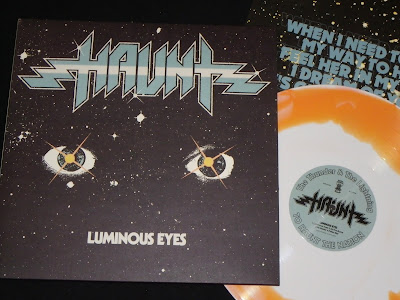 Months later, I discovered that Haunt is basically a project from Trevor William Church, who fronts the Doom band, Beastmaker, that did a couple of albums with Rise Above Records. When I heard that Haunt was to have more of a traditional metal sound, I finally gave in and grabbed a download to check them out.

The Luminous Eyes EP is only four songs long, and it is a great introduction to a cool new band. 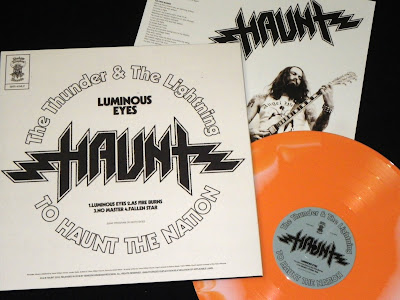 While I missed the boat on the first pressing, I was okay with the colored vinyl option for the second press. 300 pressed on orange and white vinyl.