D.R.I. released a new 7 inch, But Wait...There's More, back in 2016. It had been twenty years since the last D.R.I. record, so I was a little hesitant to see if the band could deliver. The singer had released an album with the Pasadena Napalm Division a few years earlier, and I found it pretty boring, so I did not have high hopes with a new D.R.I. EP. 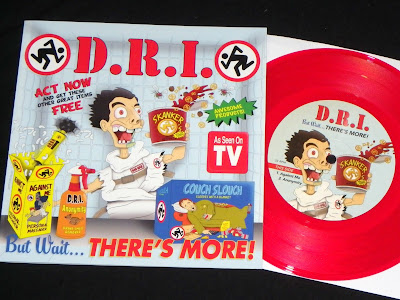 I downloaded the songs and gave them a quick listen. Of the five songs, two of them were new recordings of D.R.I. classics Couch Slouch and Mad Man. Seriously? What is the point of this other than total filler. I was so put off by this, that I lost interest and after a few spins, and I moved on. 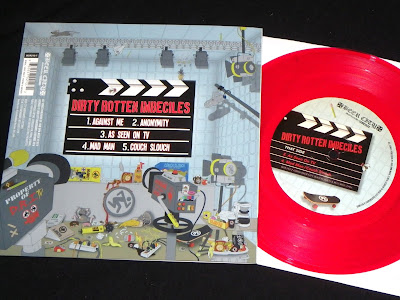 Earlier this year, the songs from this 7 inch came up in my 2016 playlist, and much to my surprise, I was really digging them. Sure the two new recordings are a waste, but the three new songs are a lot of fun.

I checked out Discogs and Beer City Records has a store there, and were selling copies of the record. The price was low and it made it an easy decision to grab one. 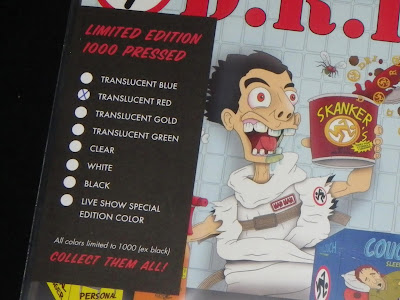 Of course this had to be pressed on 100 different colors. Who the fuck cares? 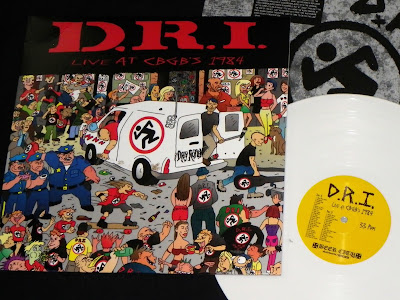 While I was buying some D.R.I. vinyl from Beer City, I remembered that they did a Record Store Day release a few years ago. I was thinking it was the live set from the Ritz in '87, but checking around, I found they did the CBGBs set from '84 for RSD in 2015. That's cool. For $10, I figured that I'd check that out too. 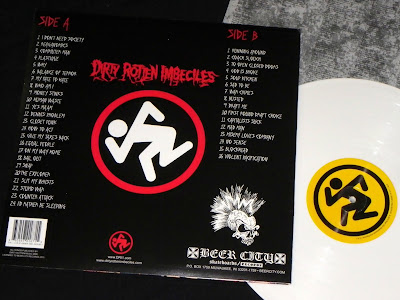