I first heard about Witchskull a few years ago. I'm pretty sure that Chris over at Unwavering Spirit posted about their first record, but since Wordpress is kind of shitty, I really don't have a way to search his blog to confirm that. Oh well, let's just go with the story about Chris introducing me to them. Anyway, I downloaded a copy of The Vast Electric Dark, and while I enjoyed it, I didn't really spend much time with it, as it was competing pretty heavily with some other new music that I had coming in at the time. When it was announced earlier this year that they were releasing their second album Coven's Will on Rise Above Records, suddenly I was interested to check them out again. 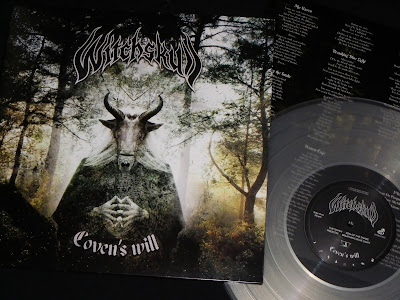 There was a time when I went crazy with Rise Above releases. It didn't matter what it was, I was jumping in and throwing a lot of money at the most limited, die hard pressings. Grabbing the new Age Of Taurus earlier this year, and now the new Witchskull, has me doing Doom-flashbacks to those days. I'm not getting in over my head this time around though, as the label has a number of new releases that are not doing anything for me, so we'll keep things low key with just those two records for now. 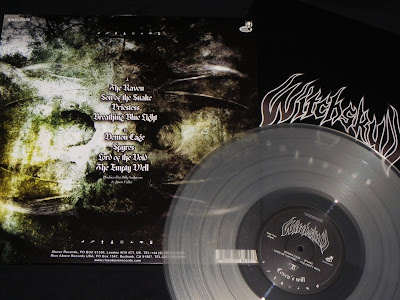 Witchskull have a nice doomy stoner sound going on here, and the album is a good listen when I want that kind of thing.