While I walked into one of my local record stores with the expectations that I wasn't going to find anything of interest, I somehow managed to walk out with four albums and around a $60 charge on my credit card. Sometimes, even I'm amazed at this incredible talent that I have. I don't even have to work at it or doing any kind of training...I'm basically a natural at this shit. 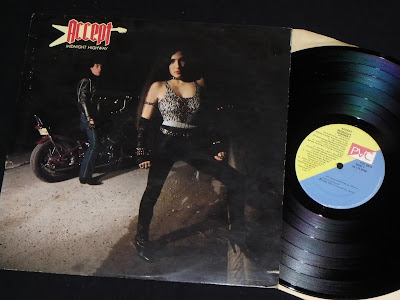 I bought this Accept album basically because I'd never seen this cover before. I recognized a few of the song titles, but I really wasn't sure what this was, so for $8, I figured that I'd just buy it and find out the details later. 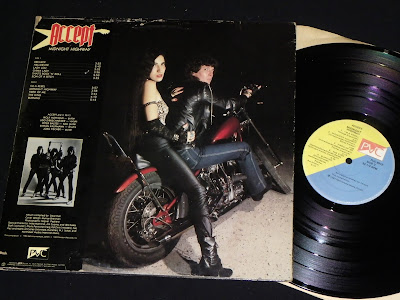 Basically, this Midnight Highway record is a compilation of songs from the first three Accept records. The first two albums from Accept have the band still trying to find their identity, and they really started to pull it together with their third record, Breaker. This comp really shows the difference in sound, with those songs from Breaker definitely holding a harder edge...even though the version of Son Of A Bitch is the weak and watered down censored "Born To Be Whipped" version that the band recorded for uptight British and American record labels.

Overall, this is a cool snapshot of those early Accept years...even if it is completely unnecessary.