I'm not that big a fan of live albums, but I do love Overkill, so when preorders went up for Live at Overhausen, I felt obligated to pick up a copy of this two album set. 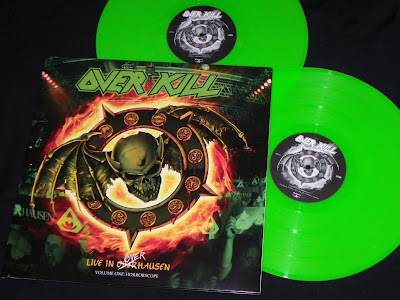 Back in 2016, Overkill played a show in Germany to celebrate the anniversary of their Feel The Fire and Horrorscope records, and were going to play those albums front to back in their entirety. I love these kinds of shows in a live setting, as you finally get to hear those deep tracks live, but I'm not sure how much we need that released as a live album. Still it's Overkill, so I couldn't resist. 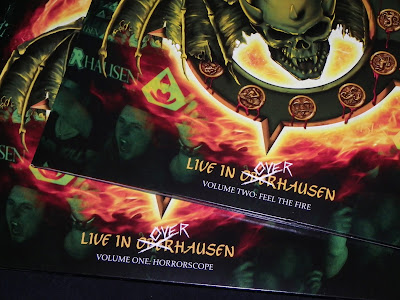 Double albums for each set, and each was sold separately, so if you wanted both of them, you ended up with four pieces of vinyl. That's a lot of Overkill to commit to. 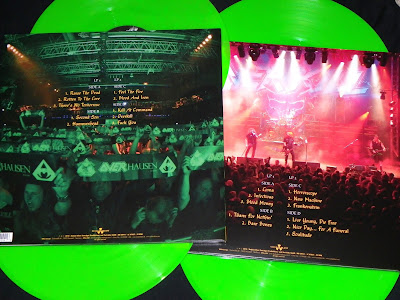 The packaging for these records isn't too exciting since the same insert is included with both albums, and the gatefold photo is the same as well. Thankfully they at least kept the back photo unique for the Feel The Fire and Horrorscope packages.

300 pressed on neon green vinyl for each.