After picking up a small haul of records from the Armageddon Shop, and showing Marcus how disappointing Newbury Comics is these days, we decided to walk a couple miles through the blazing hot city to get some vegan ice cream. A little over halfway to our destination, we spotted another record store, Looney Tunes.

We had a quick discussion about if we should even bother stopping at this small hole in the wall. Since I had sweat dripping down my back, and the intense sun overhead was baking me on the sidewalk, we decided to take a break and at least enjoy some air conditioning. 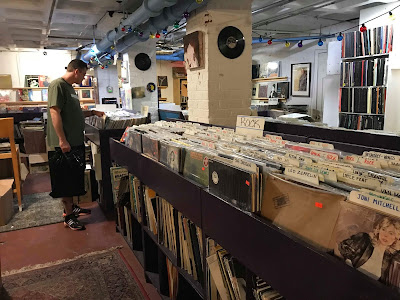 We really had low expectations with this record store, and were prepared for the stacks upon stacks of old, beat up 70's records...but hidden within all this useless vinyl, we were shocked to stumble upon the occasional record for Botch and The Rival Mob. We had a laugh wondering who might stumble into this store to pick up the latest Botch reissue, but surprisingly, there was one record that really caught my eye. 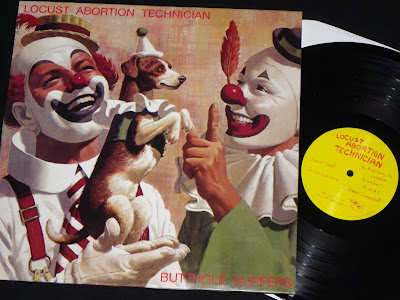 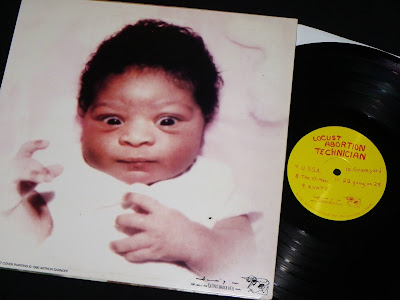 Locust Abortion Technician was the first Butthole Surfers album that I'd heard back in 1987, and they sound was so far off the wall that I loved it. The intro to Sweet Loaf is a classic, and is something that my brother and I will quote to each other to this day...and I've used the "A funny thing about regret is, it's better to regret something you have done, than something you haven't done" line as justification for some questionable choices throughout my adult life...so the record definitely made a lasting impression on me. While I don't think this is their strongest record, it does have the song Human Cannonball, which is one of my favorite Butthole Surfer songs ever, and 22 Going On 23, which may be one of the creepiest.