When I first heard the Line Of Sight demo back in 2015, it didn't really hold my attention, and I was quickly moving on to other things. Give me a break, man. Iron Maiden and Slayer had just released new albums, so I already had my plate full.

When Youngblood announced earlier this year that they were releasing a new Line Of Sight 7 inch, I figured that maybe I'd give the band another try. I mean, that demo from a couple years ago had a lot of hype, so maybe I just needed to revisit it with a fresh frame of mind. 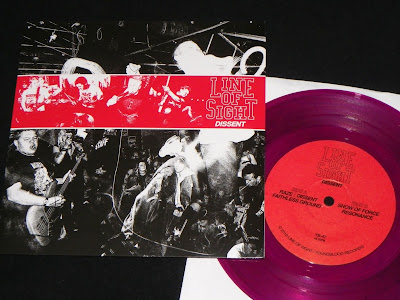 I've been very happy with some of the new Hardcore records that have been released this year, so with that mindset, I found that the Line Of Sight demo fit right in with what I've been listening to lately. I loved it and quickly placed my order with Youngblood for the new 7 inch. 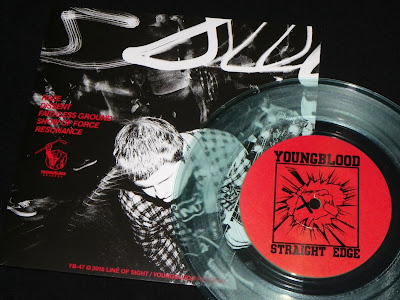 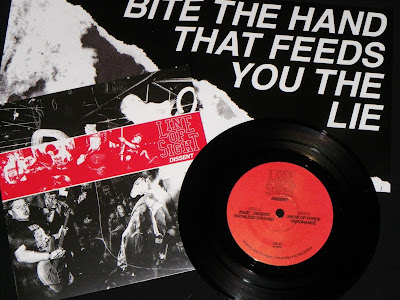 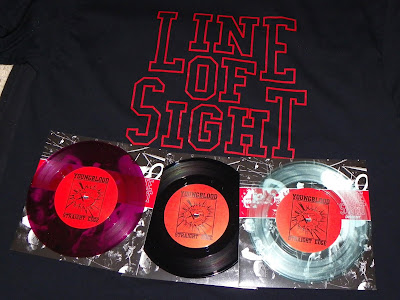 When I was placing my order with Youngblood, the purple vinyl option was sold out. If I wanted it, I would need to spring for the pre-order package which included all three pressings, plus a t-shirt. All I really wanted was the two colored vinyl options, but instead I walked away with the full package...just so I could get the limited purple. What's an extra $24 just so that I could get what I wanted? 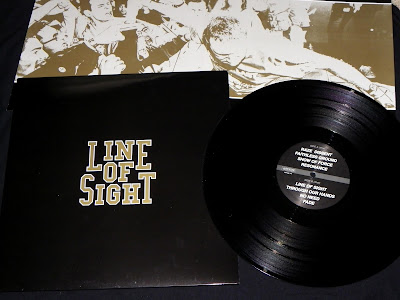 Refused Records out of Europe took the new Dissent EP, combined it with the demo songs, and released them together as a 12 inch. Line Of Sight received a number of copies, and in an effort to avoid overseas shipping costs, I ordered one direct from the band. 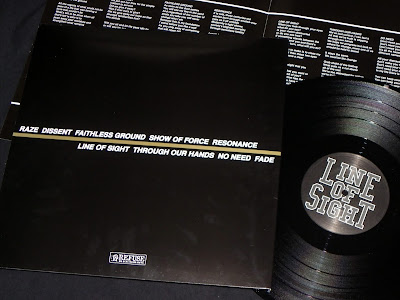 The sleeve on this is glossy as fuck, and really captures every one of my greasy fingerprints.

Cool just to have those demo songs on vinyl. 314 pressed on black vinyl.