Graveyard had a solid run of albums with their self titled debut (2007), Hisingen Blues (2011), and Lights Out (2012), but I could never fully get on board with Innocence & Decadence (2015). The album wasn't terrible, but there were a couple of songs that just had too much R&B influence for my tastes, and it kind of ruined the album for me. When the band announced in 2016 that they were splitting up, I was glad. If Innocence & Decadence was the new direction, I'd rather they just split. 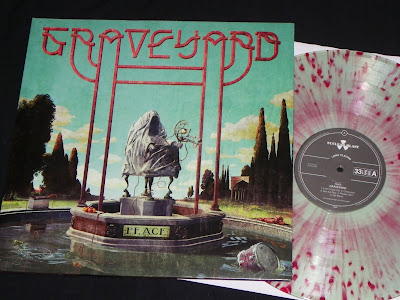 The band managed to stay broken up for almost a full three months before they announced their reunion. Shit. Now I was going to have to pay attention to them again...most likely getting my hopes up with a new album, only to deal with the disappointment of the new music not coming close to their classic albums.

Fast forward about six months, and Graveyard posted a video for their new single, Please Don't, and I was suddenly very interested in the new album. I don't know what it was, but I had a very good feeling about what they would deliver. All that hesitation and low expectations were washed away with that one song, and Peace was suddenly one of my most anticipated albums for the year. 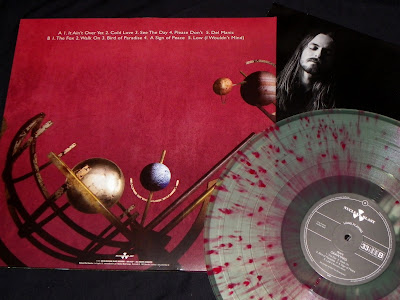 I fucking love this record. It is pretty rare for me to listen to the same record more than once in a day, but with Peace, I can't help but queue it up for repeat spins.

I am loving that splatter vinyl look for this pressing. Limited to 350 for the US pressing.