Lights Out In The Graveyard

Nuclear Blast has been releasing the best records this year. Orchid, Overkill, Witchcraft, Testament, Accept...they will all top my list of favorite Metal releases this year, and each one of them falls under the Nuclear Blast label. Add another heavy hitter to the list with the new Graveyard LP. 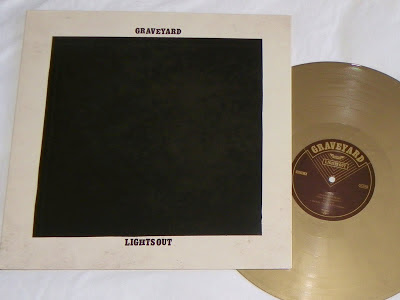 In the past, it has taken me a while to warm up to each Graveyard release. Their new LP, Lights Out, is no exception. It took me about a year to fully appreciate last year's Hisignen Blues, but once it hit me, I fell in love with it. I was excited to check out the new record, but I was feeling pretty underwhelmed upon the first couple of listens. I don't know...it seemed too mellow overall. 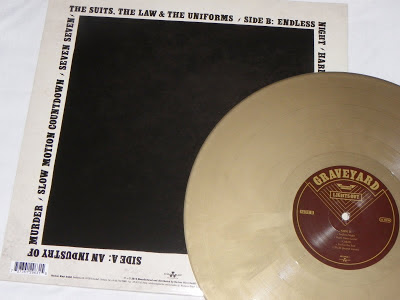 As expected, repeated listens have me enjoying this album more and more. As a whole, it doesn't knock me on my ass yet, but there are still some killer tunes on this. The band continues to evolve and impress. 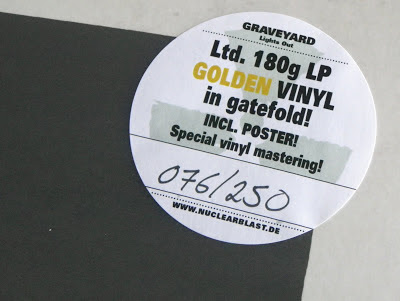 Like most of the recent Nuclear Blast releases, they come with a handnumbered sticker on the shrinkwrap. "Golden" vinyl is limited to 250. 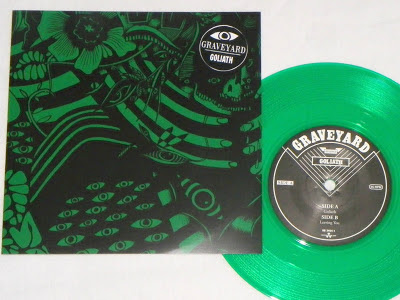 Nuclear Blast has gotten into the habit of releasing a 7 inch single with some of their albums this year. They did it with Witchcraft, and do the same with Graveyard. The b-side to the Goliath single features a great song. Don't miss out on it just because it is limited to the b-side. Get on it.