I've been a fan of The Sword since their first album, Age Of Winters, back in 2006. I've purchased each album they have released since their debut...on vinyl. It was a pleasant surprise to find that the band was releasing a new album this year, and I was soon looking forward to it's arrival. 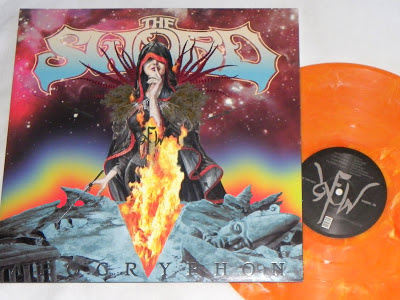 You know what you are going to get when you buy a new album from The Sword. They have that rocking Stoner Metal sound...they know it, and they stick to it. The new album, Apocryphon, might bring more of the same, but it is what I like, so I approve. 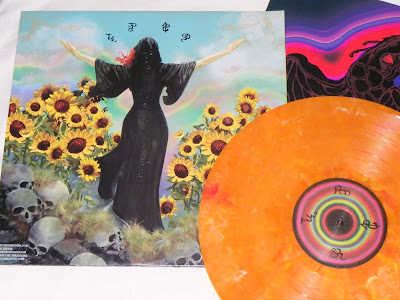 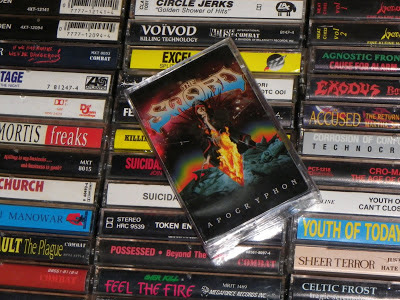 When I picked up a copy of Apocryphon, the store was giving out free copies of the album on cassette. I think that we are all aware that I'm not a fan of this format. Still, the 14 year old kid in me found it kind of cool. I bought most things on cassette as a kid, and a bit of nostalgia kicked in when I was holding this tape in my hand and exiting the store. Still, I'm not sure why I'm holding on to all these old tapes, and whenever I think about them, I wonder why I'm not putting them up on eBay for record money. A part of me hates to let go of that history, and while I have no way to play them, flipping through those old Iron Maiden and AC/DC tapes, reminds me of those innocent days of youth...when music was new for me, and each purchase was precious and exciting. Music started to take over my life with cassettes, so I wonder if I'll ever be able to let that piece go from my collection. 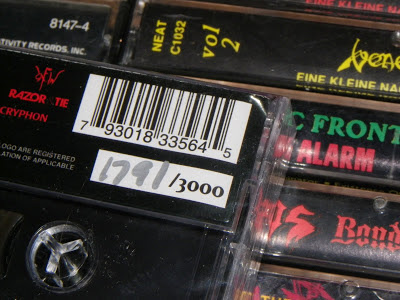 If you make something "limited" to 3,000 pieces, what is the point of numbering it?

Just curious - do you store your metal records separately to your hardcore records? Or do you just have the whole lot together in alphabetical order?

I have them split. One section for all the Metal and Rock stuff, and then another for the Hardcore. It would seem strange to flip from Insted to Iron Maiden.

The same question has crossed my mind about your collection before Mike. I put everything together but then I dare say I don't have as many records as you. What sort of headache does it cause you if a band start as a hardcore outfit and then turn metal/rock?

There are some tough lines to be drawn for sure. I file Iron Age in the Hardcore section, but Black Breath falls under Metal.

The pictures of your cassettes are the most exciting thing you have ever posted! Give me more!!!

Also, I split hardcore off from the rest of my music too. Hardcore fills a 4X4 and 2x4 Expdeit and my metal, post metal, indie, alternative and hip hop fill another 4x4.
All 7"s are combined though.

ha ha ha...I had you in mind when I took these cassette pictures, Doug. I knew that you'd be one of the few to appreciate them.