Music in the 80's ruled. Both Metal and Hardcore were at the top of their game, and in the middle of all that were bands blending the two to create the Crossover sound. Crumbsuckers, Corrosion of Conformity, Suicidal Tendencies, Agnostic Front, and of course Dirty Rotten Imbeciles. As a kid that was slowly transitioning from Metal over to Hardcore, these bands were crucial to opening up my musical world. 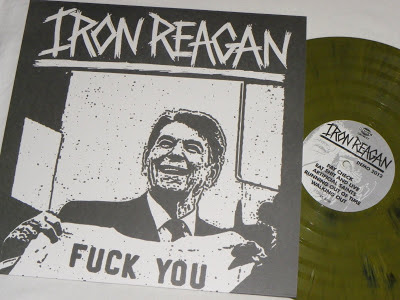 Crossover bands don't seem to exist these days, and instead we get shitty Metalcore bands in their place. On the rare occasion, we get lucky, and bands like Iron Reagan show us that the 80's aren't dead. Featuring members of Municipal Waste, Iron Reagan sound like an awesome blend of Crossover-era D.R.I. and Nuclear Assault. Throw Reagan's name and face on it, and you have 80's perfection! They recorded 5 songs for their demo this year, and prior to the release of their 2013 LP, they pressed those songs to vinyl. 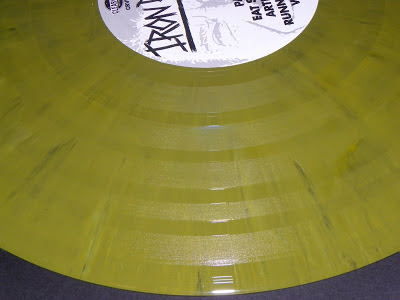 It was damn near impossible to photograph, but between each song, there was a chunk of dead wax with the song title etched. Never seen that before. 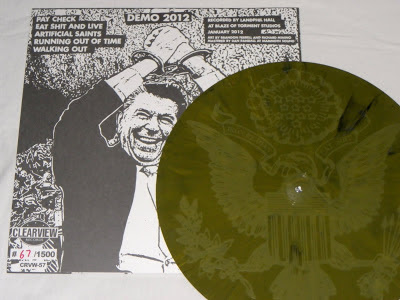 Sweet looking etching on the b side. 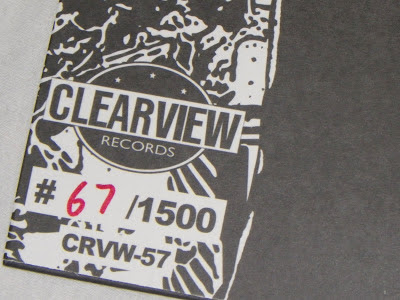 MJS said...
This comment has been removed by the author.
2:24 PM