I Am Not The Discography

Ressurrection were pretty big in the early to mid-90's. Hardcore kids loved them. They captured some great energy and emotion, but for me, they were always the second option behind bands like Mouthpiece, Four Walls Falling, and Outspoken. I've always felt that part of the reason why I didn't put them at the same level as those other bands was because of the poor sound they had on their records. When I heard that Deathwish was releasing the I Am Not discography, and that the recordings were going to be remixed by Kurt Ballou, I thought that it was finaly a chance for those songs to shine. 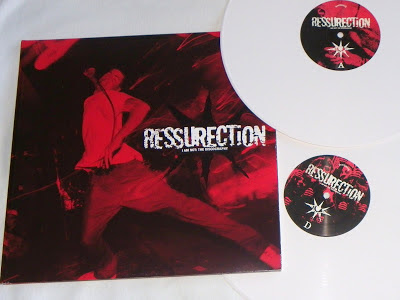 I've been meaning to pick up this discography for a year or so, and when I saw it for sale at Generation Records in NYC, I figured that it was finally time to buy a copy. The packaging looks great, and the songs sound better. Perfect for when I'm stuck in an early 90's kind of mood.

Now I'm fairly certain that at some point over the past 10 or 15 years, Rob Fish mentioned that there were a few songs that Ressurection had recorded prior to breaking up, but they had never been released. I was hoping that this discography would feature those unreleased songs, so I was disappointed to not see anything new here. Who knows, maybe I imagined reading that somewhere, and those songs don't really exist. 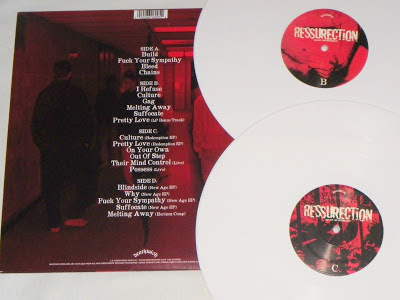 I'm starting to agree with that myself. I noticed that REV is now carrying a copy of the DYS Brotherhood LP on colored vinyl. I was thinking about picking it up, but then decided to save my money and put it towards an original pressing.

Yeah, Taang just reissued DYS and FU's 'Kill For Christ' on color. I was tempted myself, but then I thought better of it. The way i see it, with vinyl being popular again, any half sought after record is being reissued (probably on several variants). I figure the majority of reissues are intended for people who weren't around, or never bought the originals, and given that I have originals then these reissues just feel like a cash drain for something I don't strongly want. I was more feeling that i SHOULD buy them but in reality I didn't want to. So I decided to draw a line.

At first I liked buying reissues and repressings, but there are just too many. As an example though, I was bummed to miss the red vinyl of the Underdog discography at the time, but now I am glad as I feel I have no need for it at all. From what I hear though, some people got tricked into buying three copies! ;o)

I had a test pressing of the self titled Ressurection 7" and like an idiot I sold it for super cheap to some dude in Europe. I also had a test for Strife "My Fire Burns On" that I sold to the same guy, also for cheap. I was new to record collecting at the time and it seemed like I was getting a lot of money. Oh well.