That's it. Time is up for 2012. There are a few more new releases that I need to pick up, but this post cleans out the last of the 2012 albums that were sitting in my vinyl backlog. 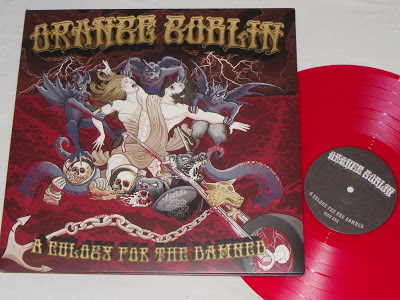 Fellow Doom Metal fiend, Sandwell, posted about the new Orange Goblin LP back in February. The band has been banging around for the last 15 years or so, and while I enjoyed thier 2007 album, Healing Through Fire, I still didn't know much about the band. Mark seemed to dig the new album, so I figured that I'd give it a shot and I downloaded it.

Early into 2012, I was obsessed with early 80's Hardcore, and the majority of my time was spent listening to bands like Black Flag, Circle Jerks, and Angry Samoans. Because of this, A Eulogy For The Damned sat on my ipod and was largely ignored for a better part of the year. While going through my 2012 playlist on my ipod, it would get the occassional spin, but it really wasn't grabbing my attention. 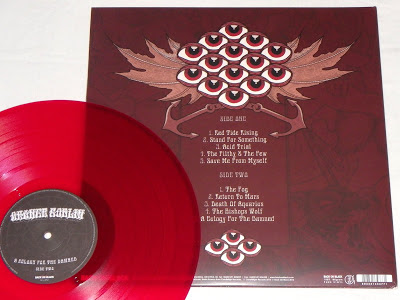 As was the case with most of the new Metal releases this year, the new Orange Goblin just needed to settle in and marinate. With repeated listens, I've found that I enjoy it more and more. What was originally a low rated album for 2012, has steadily climbed, and now finds itself as a possible Top 10.

With Rise Above reissuing the band's catalog on vinyl, I need to dig in and start spending some time with these older releases to determine if I should pick these up as well. 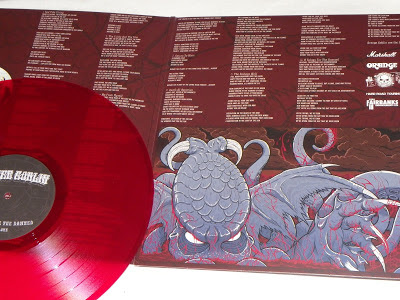 Sandwell's copy was on clear vinyl, which was for the first pressing. Second pressing was on red vinyl. Limited to 1,000.

I haven't heard this LP but I've been looking at the represses of Travelling and Frequencies for a while. They are just damn expensive

Rise Above releases are crazy expensive...especially for those of us in The States. I'll probably pick up a copy of the repressings at some point, but there are a few other releases that I want to pick up first.

Ummmm.... Do I buy a red one too? Guess you already know the answer.