I was kicking around in the REVHQ store a month or so ago...undoubtedly picking up more of those damn REV represses...and while in the new releases section, I stumbled upon a listing for the first Worn Thin 7 inch on colored vinyl. 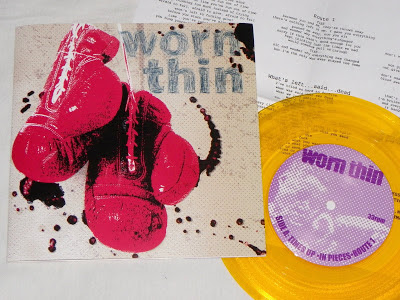 I found it odd that this was listed as a New Release. It was originally released back in 2001, and I would have been surprised if Malfunction Records was doing another pressing of this 7 inch. Since I only owned a copy of this on black vinyl, it was an easy gamble to purchase this and see what it was. 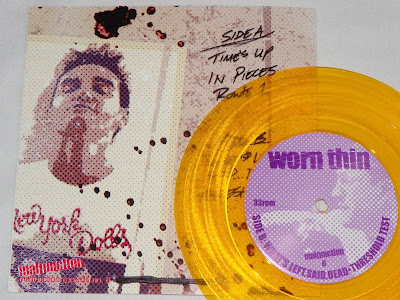 Turns out it was the second pressing on gold vinyl. Hardly new at all. Most likely, Malfunction just found a few copies of these laying around and they threw them up in the REV store. Thanks. I'll take one.