I'm incredibly slow when it comes to Graveyard. With each album, I initially meet it with a lukewarm reception, and find that months later I can't get enough of it. When I posted about Graveyard's new album, Lights Out, last month, I was finally starting to appreciate it...and now, I feel as though it should have easily been in my Top 10 list for the year. 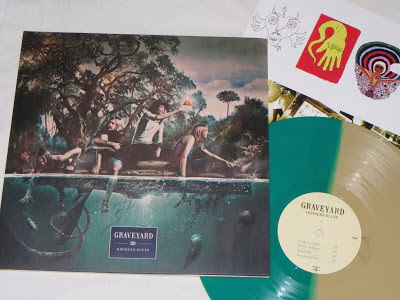 I struggled to get into Graveyard's sophomore album, Hisingen Blues. In fact, there were probably times when I was close to just deleting the album from my ipod. However, last January I decided to give the album one last chance while on my drive to Boston to see Ghost and Blood Ceremony. Suddenly, it all came together, and I was blown away how great this album was. I got home and the next day started checking around for a vinyl copy to buy...but the album seemed to be sold out everywhere I looked. At some point over the year, the album was repressed on vinyl...but I was confident that it would be available whenever I wanted it, so I put off buying it. When I finally settled on picking up a copy, once again, I found that the normal distributors I used were sold out. Desperate, I committed to buying the next copy that I found, and when it was repressed again, I no longer hesitated. 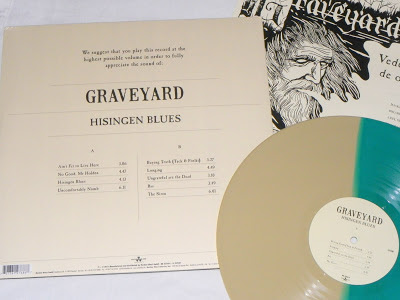 I'm glad to finally have a copy.