If you haven't heard Common Visions from Enough, you are missing out. They don't seem to be a big name that people tend to throw around. They aren't on a big time label like Triple B or Back To Back. But after releasing a demo, two 7 inches, and then dropping an LP last year...why are you still not paying attention to this band? 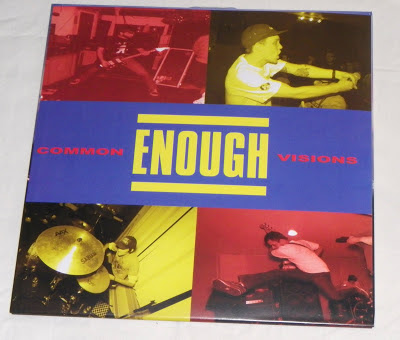 Enough released their album through Assault Records last year, and followed it up with a European tour...and with a tour, you know that you've got to have a special tour pressing. 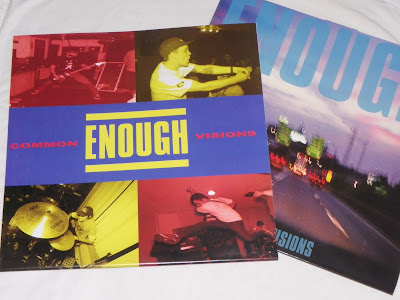 Another solid rip off design! With their last 7 inch, Enough gave a nod to Crippled Youth with their pre-order cover, so it is only fitting that they take on Bold's Speak Out cover for the LP. 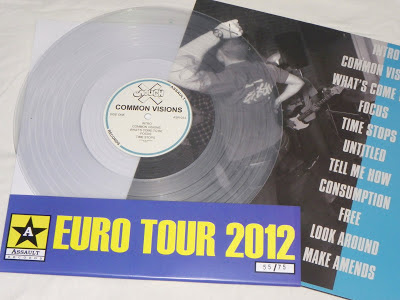 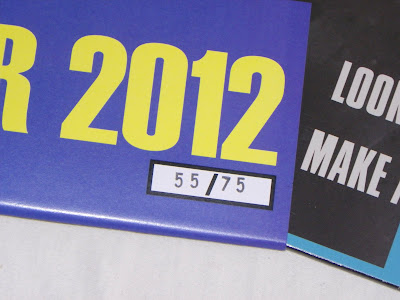 Numbered and limited to 75. 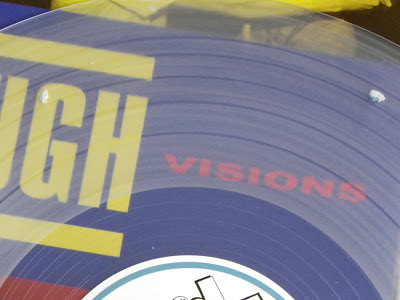 When I pulled out the vinyl, it looked like there were bits of paper stuck to the record. I tried to wipe it off, but to my surprise the paper wasn't on the record, but actually IN the vinyl. It doesn't affect the play of the record, but it looks as though some scrap pieces of paper fell into the wax when the pressing plant was in the process of making the records.

That's definitely intentential. The crippled youth 7" is exactly like that so there you have it. Yeah, I really dig this band, thanks to you for introducing me to them. I must get one of these myself.

That's awesome. I have some of their 7"s but slept on the limited version of the Lp and now I feel discouraged. That tour cover is so rad, great rip.

As soon as I saw these pics, I thought that this looked like a really fucking cool Bold rip cover, so I went straight to the Assault Records store to try to get one. Unfortunately (and unsurprisingly) these have sold out.

Does look great & I think just reinforces how important artwork can be in selling records.