Nothing gets my attention faster than the threat of a record selling out and going out of print. Such was the case with the Stone Axe II album. 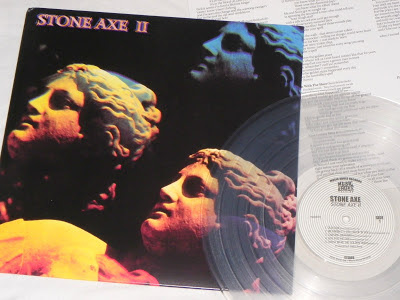 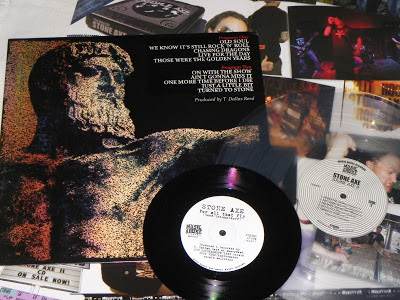 I had been watching a copy of the Stone Axe II album on ebay for a while, but I'd been holding off on pulling the trigger. On a whim, I decided to look around and see if I could possibly find one at a lower price. Much to my surprise I found a clear vinyl pressing that not only came with a bonus 7 inch, but it was also limited to 100 copy. Okay, I'm interested. The site listed that they only had three left in stock. Okay, now I'm VERY interested. I'm still trying to curb my spending a little bit, but a week later when I saw the the number dropped to only two in stock. I couldn't resist the temptation any longer. It's better to regret something that you did do, than regret something you didn't do...and I did not want to be sitting here, months down the road, kicking myself for letting this slip away. 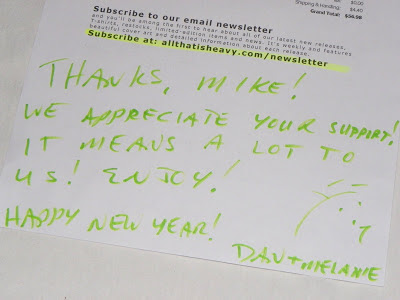 I really like the personal touch that All That Is Heavy took with my order. Seriously, the hand written note pretty much guaranteed that I'll be returning as a customer.