Last year I listened to a lot of Black Flag and early 90's Hardcore. It was only a matter of time before Rollins Band was going to get some playing time. Honestly, it had been ages since I'd given the Life Time and Hard Volume albums a spin. I had pretty much written off any post-Flag Rollins stuff over the past 15+ years, but hearing these albums again...I was surprised at how much I was digging them. 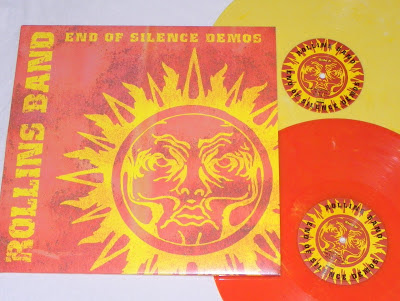 One of the albums that I never really spent any time with was Rollins' 1992 release The End of Silence. I had a copy of this on cassette when it was released, which I received as a free giveaway from a local college radio station...but I never really spent much time with it. Listening to it these days, I love it, and think that it fits in perfect with Life Time and Hard Volume. 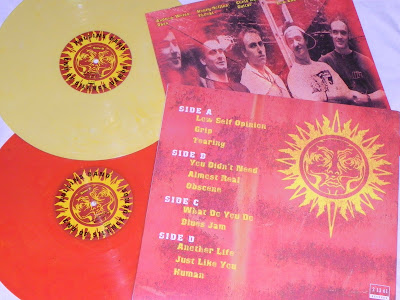 In December, I saw that Rollins was releasing the demos from the End of Silence recording sessions on vinyl. I managed to hold off for about a week, before I couldn't resist the temptation and placed my order. Shipping was ridiculous from his 2.13.61 store, but I was riding such a Rollins rush, I threw caution to the wind and ordered it anyway.

Limited to 450 pressed on colored vinyl. 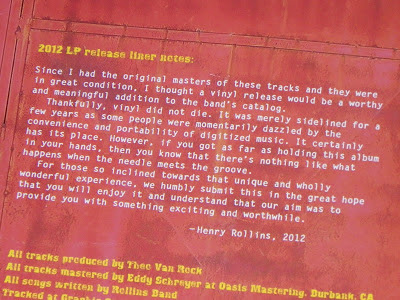 Henry does appreciate vinyl, and comments as such on the liner notes for the 2012 release.

I read this post & went straight to the 2.13.61 store. Put the record in my cart, went to check out, saw shipping price, closed browser. It was nice while it lasted.

If I didn't have a $250 pre-paid Mastercard in my hand that I won from work, I'm not sure if I would have been so quick to buy it either. But since it was basically my job paying for the record, it was much easier to swallow.