A Catalogue Of Destruction

Outside of the Metal Massacre series, I've never really been interested in collecting older Metal comps...but after Doug started talking up the Speed Kills records, and I grabbed a copy of the first one earlier this year, I thought that it might be fun to casually chase the rest of them. 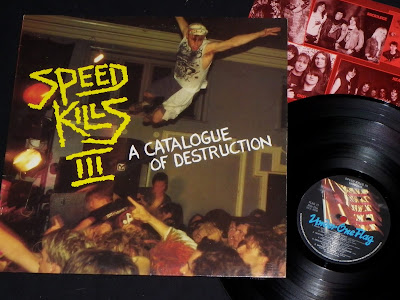 While I wasn't exactly in a rush to pick up more from the Speed Metal series, I was pretty damn excited to find a copy of record number three at a local record store. I mean I never would have expected to find a copy in the wild, it a small little used record store in Portland, Maine. Of all the things to stumble across while flipping through the racks, I would have never guessed that this would be it. 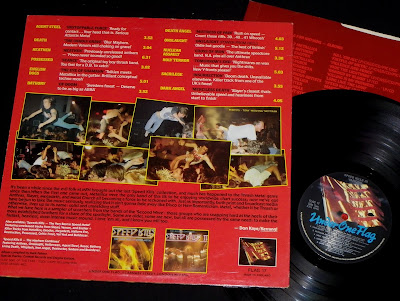 Released in 1987, Speed Kills III contains another roster of great thrash bands from the day. Most of the stuff, like Possessed, Death Angel, Nuclear Assault and Dark Angel, I was already familiar with, but there were a couple of bands like English Dogs and Sacrilege that I'd never heard before...so it was funny to finally be introduced to them on a comp that is over 30 years old. 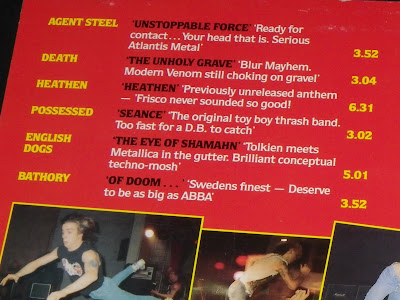 I love the comments for each band. Sorry, I still don't understand the attraction to Bathory.