With each release from Ghost, I've grown more and more resistant...pushing back and half expecting/half wanting to not like it. Each time I've been proven wrong, but still, when they were set to release their forth album, Prequelle, once again, I found myself feeling a bit jaded and ready to write them off. 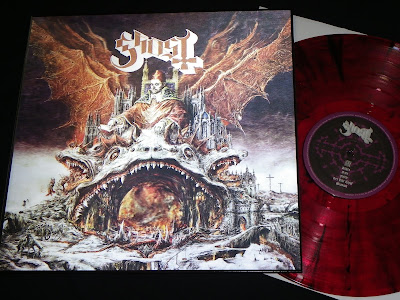 While I was entertained by their new video for the song Rats, I initially wasn't feeling the song. I think it had to do with the singer doing his impression of Gene Kelly in Singing In The Rain, and the dancing in the streets image clashed with my expectations for a Metal band. I immediately reached out to Doug to gauge his impression, and he loved it (as I should have expected), so I didn't write it off completely, and I let things settle before revisiting it.

I came back to that video a few times, and while the dancing was still putting me off, I started to hear the song instead of just being drawn to the visuals, and you know, the song was actually pretty good. I've been enjoying a number of new albums this years, so I rolled the dice, and took a chance, preordering the record. 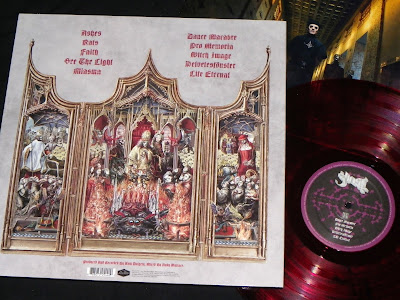 I was a bit underwhelmed at first, and I was getting caught up in some negative reviews, so I was initially lukewarm on the entire album...but just like Meliora, with each listen I find that I like the album more and more.

Let's not forget to mention how amazing this packaging is. The art is incredible and the 3D lenticular cover is cool as hell. This shit looks so good, you almost have to buy it just for the cover. 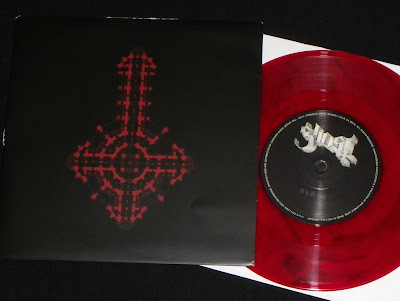 4,000 pressed on this great red with black smoke colored vinyl for the US, and it comes with a bonus 7 inch.